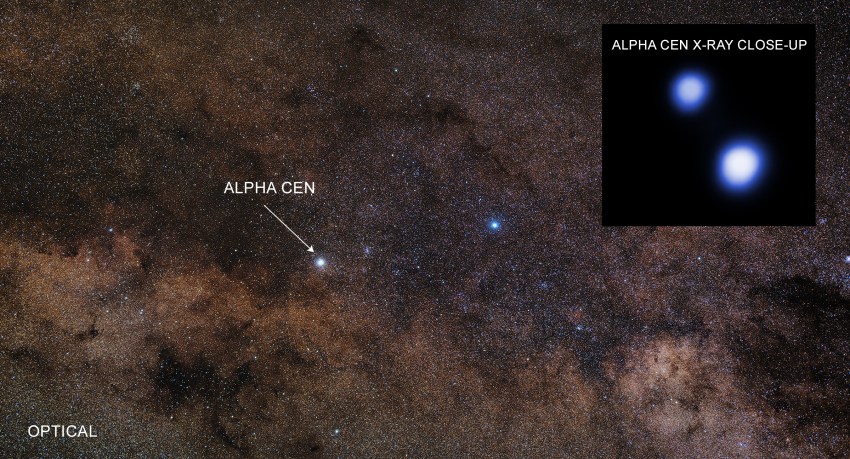 With the discovery of thousands of exoplanets that revolve around other stars, the search for life in other star systems has become a real challenge for us. Until now, scientists have investigated the most distant stars and their systems, if only because the space telescope Kepler, who was nicknamed the Hunter for exoplanets, was focused on a remote section of outer space.

Well, what about the worlds close to us? How about our neighbor’s star systems? For example Alpha Centauri? It is only four light years from us.

Tom Iris from the University of Colorado at Boulder says:

“Since it is located relatively close to us, the Alpha Centauri system is one of the best candidates for finding signs of life. The question is only whether we will find in this system a planet with a vital potential. ”

However, the observations made by Chandra in 2005 show that the conditions around the other two stars can be even softer than the planets around our Sun. On this side, scientists hope that life in the star system of Alpha Centauri can be not only possible, but also pleasant!