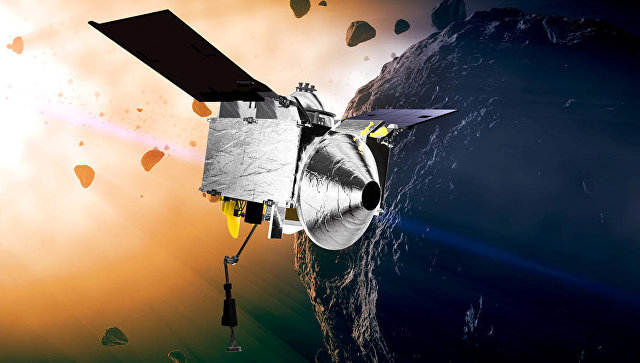 Probe OSIRIS-REx successfully completed its first maneuver in deep space, which led him on a trajectory of convergence with the Ground for further acceleration on the way to the asteroid-killer of Bennu, according to NASA.

Maneuver DSM-1 is important for the reason that we first changed the trajectory of the probe and for the first time including its main engine. Pleased that this important stage in our journey to Bennu, was successful and we continue the flight to the asteroid, said Arlene Bartels (Arlin Bartels) from space flight Center name Goddard.

Probe OSIRIS-REx has successfully brought into orbit last September. The purpose of the mission is the convergence and sampling of soil from the surface of asteroid Bennu (1999 RQ36). Current plans of NASA, the probe will come close to the asteroid in 2018, collect the soil in 2019 and will launch the capsule with at least 60 grams of asteroid material in the direction of the Earth. She needs to land in the territory of Utah at the end of September 2023.

OSIRIS-REx to save fuel is to fly to Bennu in a straight path, and make tours around the Earth, almost returning back in the fall. Having made the loop, the probe will fly at a distance of 20 thousand kilometers from the surface of the planet to use its gravitational force to accelerate on a trajectory to rendezvous with an asteroid.

The same principle applies sling, dispersing and releasing the stone.

The first orbital maneuver, or DSM-1, was held in the New year’s eve, December 28, after which the speed of the probe is increased by one and a half thousand kilometers per hour. For this the device has burned 350 pounds of fuel. Evidence of the successful completion of the maneuver were transmitted to the Ground only recently. Now NASA plans to conduct another small correction of the orbit for the closest possible approximation of the probe to the Earth during gravitational acceleration.

The next two years of the flight to Benn, the probe does not spend it in vain. In February, it will include your camera and part of the scientific instruments to search for the so-called Trojan asteroids – quasispherical of the Earth moving in its orbit a little ahead or a little behind of the planet in those points where the gravity of the Sun and Earth balances out. In addition, scientists and engineers mission will be to work out scenarios of convergence OSIRIS-REx asteroid and search for optimal points of soil sampling from its surface.

Asteroid Bennu (Bennu) with a diameter of about 500 meters was opened in 2013. According to some calculations, it can collide with Earth in 2169 2199 or year.