The NASA prolongs the mission of the Juno apparatus near Jupiter 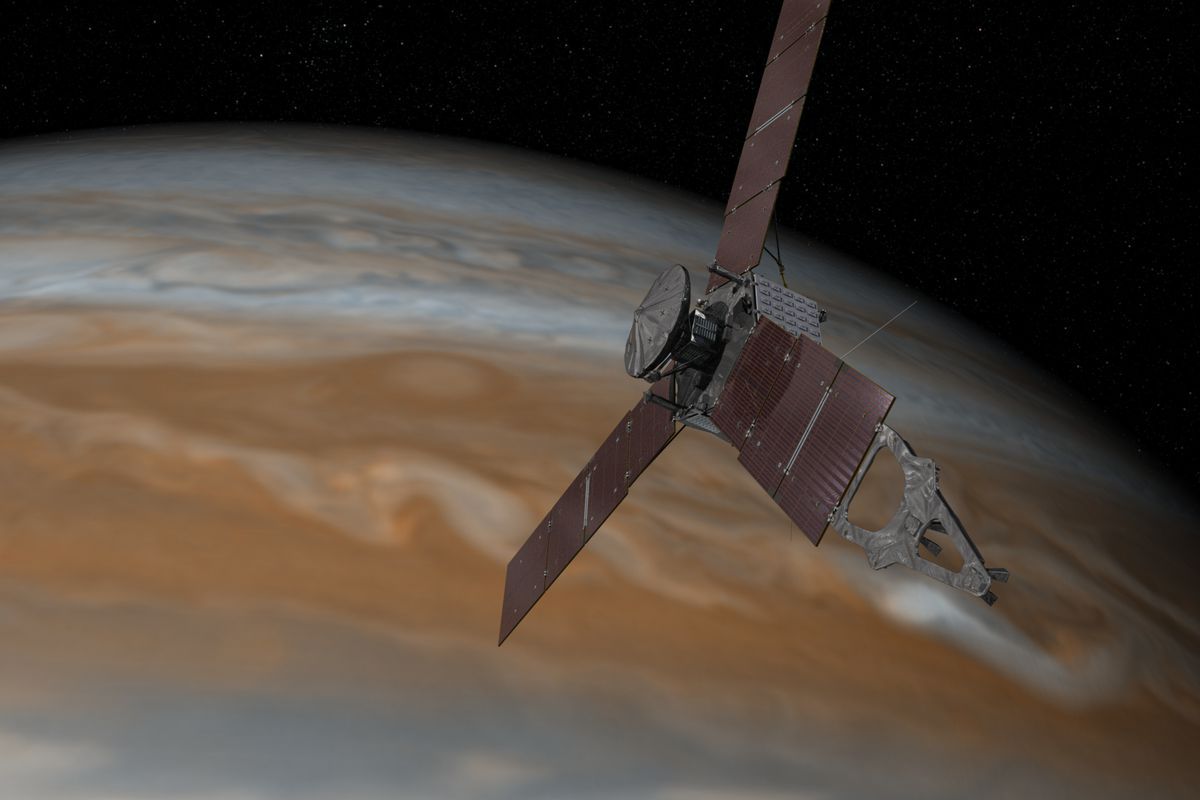 The failure in the engine prevented the Juno probe from reaching the planned trajectory around Jupiter and collecting the required amount of data. Therefore, his work will be extended for several years.

The interplanetary spacecraft Juno, whose mission in a few weeks should have resulted in a spectacular fall into the atmosphere of Jupiter, can continue to work for at least a few more years. Juno’s official website has not yet reported this, but the news has appeared in reputable media such as The Business Insider.

“NASA approved the continuation of the activities of Juno until 2022 to complete all planned studies,” Scott Bolton, head of the scientific work of the mission, confirmed in a letter to Gizmodo. “It takes more time for each orbit than we expected, so it takes Juno time to collect the necessary data.”

The probe Juno started in 2011 and arrived at the target – the Jupiter system – five years later. Since then he managed to send a lot of valuable information to the Earth, observing both the famous Red Spot and the aurora borealis of the gas giant. But without the “fly in the ointment” in the mission it was not done: Juno was never able to reach the calculated orbit with a period of about 14 days.

The failure in the helium valves of the main engine made him stay on a very elongated trajectory with a period of more than 50 days, only in some areas approaching Jupiter. As a result, the device was able to conduct fewer observations than the scientists expected. However, in other respects, Juno is in good shape and is quite capable of continuing the mission, making up for the lack of encounters with extra time.