The neighboring star discovered dust rings and an unknown object 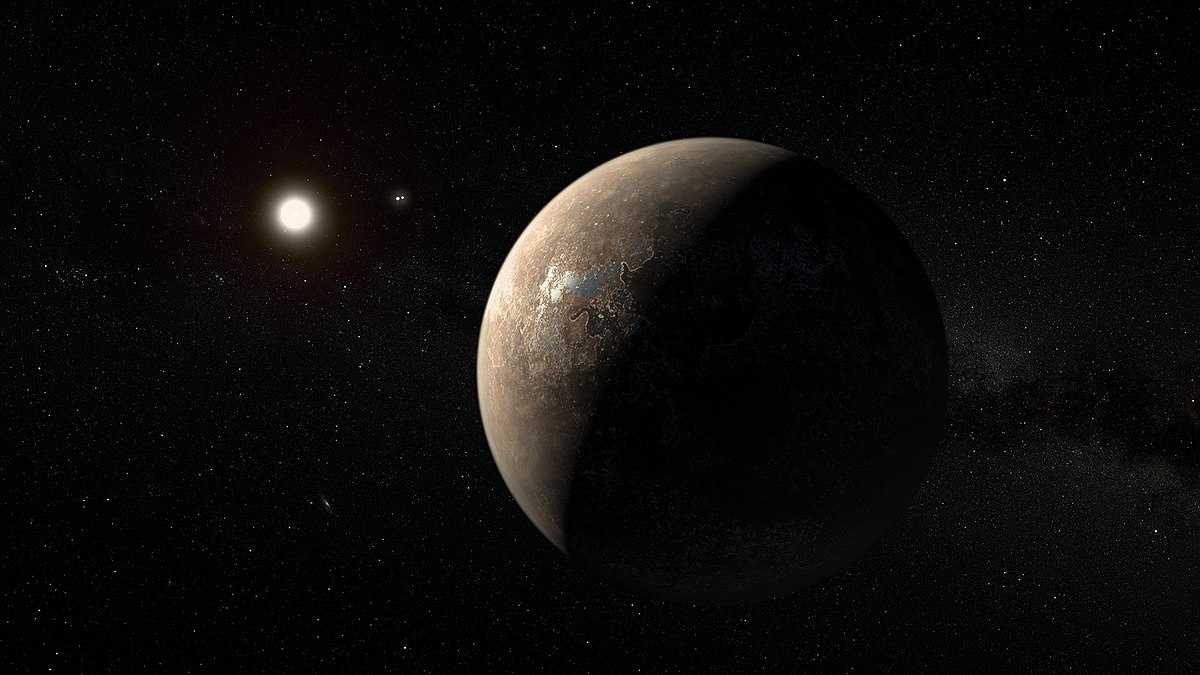 Around the star closest to the Sun, Proxima Centauri, not only the planet rotates, but also several cold rings of dust and asteroids, and yet another body of an unknown nature.

Since the nearest star discovered a potentially inhabited planet, the small red dwarf Proxima Centauri attracts a huge interest of both the public and scientists. Spinning around the binary system of the larger stars of Alpha Centauri, from time to time it turns out to be just 4.22 light years away. There are even plans to send there “welcoming signals”: around the Proxima Centauri is moving an exoplanet of moderate size and on a suitable distance for development of life.

However, it appears that Proxima Centauri b is not alone in the orbit of the star: astronomers working with radio telescopes located in Chile of the European ALMA observatory describe a whole system of planets, gas-dust rings and an unidentified object. Article Guillaume Anglada (Guillem Anglada) and his colleagues accepted for publication in The Astrophysical Journal Letters and is represented in the library of preprints arXiv.org.

Observations at 1.3-millimeter wavelengths indicated a wide disk of gas and dust located at a distance between 1 and 4 a. e., a distance equivalent to the mean radius of the earth’s orbit. This substance has been cooled to 40 K and, according to scientists, can represent the equivalent of the dust component of the Kuiper belt in our solar system. The cumulative mass of bodies in the disk is estimated at 0.01 mass of the Earth. 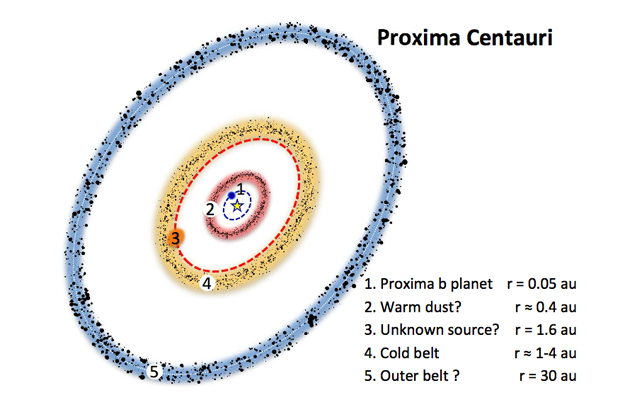 In addition, some data indicate the presence of a small and warmer dust ring in orbit with a radius of 0.4 a. ie (the orbit of the planet Proxima Centaurus itself b is located even closer to the star, at 0.01 AU). Finally, it is possible that on, 30 a. ie, there is an even colder (10 K) dust ring, inclined 45 ° to the general plane of rotation of the system. Scientists also recorded a possible compact body at 1.6 a. ie from the star – its nature is still unclear, and only additional observations will help to clarify the picture of the device of the neighboring stellar system.