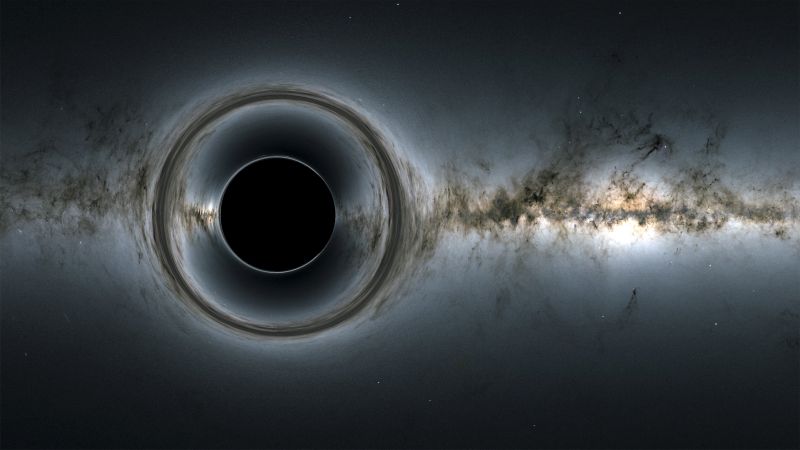 Astronomers sorted out about 100 thousand stars in search of black holes and discovered an object that claims to be a record. The mass of the celestial body, which cannot be anything but a black hole, is only about 3.3 solar.

There is probably a class of small black holes that has so far eluded scientists. The study of black holes of such a small mass can fill the gaps in our knowledge about the explosions of the stars and the formation of chemical elements.

The achievement is described in a scientific article published in the journal Science.

Recall that stars weighing more than ten solar at the end of life explode as supernovae. If the mass of the star did not exceed 30 suns, a neutron star remains at the site of the cataclysm, otherwise a black hole.

According to the calculations of theorists, the mass of a neutron star cannot be more than 2.5–2.7 solar. An object of greater mass at such a density would lose stability and turn into a black hole.

Thus, the masses of black holes left over from supernova explosions should begin at 2.7 suns. But many years of searching led only to the discovery of bodies with a mass of 5-15 solar.

The fact is that a black hole is extremely difficult to detect. It is really black, that is, it does not emit anything except the extremely weak, elusive Hawking radiation, elusive for telescopes.

Usually black holes are detected by the radiation of a substance falling on them. If the object is not surrounded by such a cloud, it is extremely difficult to verify its existence. However, this time, scientists succeeded.

“We are showing that there is another population that we have yet to explore when looking for black holes,” says Todd Thompson, the first author of the article from Ohio University.

Researchers have used an unusual search method. They looked at the stars of the Milky Way in search of the stars that revolve around such a dense object that it can only be a black hole.

The information that the star revolves around something is given by its spectrum. Due to the Doppler effect, the spectral lines of a moving luminary are shifted. This method has long been used to search for binary stars, as well as planets, but usually it is not used to search for black holes. After analyzing the spectra of approximately 100 thousand stars collected in the framework of the APOGEE project, the authors identified 200 of the most promising candidates.

For each of these luminaries, astronomers looked at thousands of photographs taken in the ASAS-SN survey, aimed at finding supernovae and other flare events. Their goal was to detect the star’s orbital motion by the change in its brightness (this can be done if the surface of the star is covered with long-lived spots).

As a result, scientists drew attention to the red giant 2MASS J05215658 + 4359220. This star revolves around some invisible body in an almost circular orbit with a period of 83 days. The ASAS-SN data suggests that the luminary is turned to this body on one side, like the Moon to the Earth.

The authors calculated that a mysterious object has such a density that it can only be a black hole. Moreover, its mass is from 2.8 to 6.1 solar with the most likely value of 3.3.

Thus, this body claims to be the lightest known black hole. However, according to some calculations, at the site of the famous collision of neutron stars on August 17, 2017, a black hole with a mass of 2.7 solar was formed, which could compete with the current find. But, according to other sources, the result of that cataclysm was an extremely heavy neutron star.

Note that the body found by the authors does not emit in the x-ray or any other range. This means that it is not surrounded by a red-hot cloud of plasma falling on it, so it would be impossible to find it by conventional methods.

According to Thompson, the study of this new class of black holes will help to more accurately study the explosions of supernova stars, which still conceal many mysteries. Meanwhile, it is these cosmic cataclysms that supply the Universe with a significant proportion of chemical elements heavier than iron (although there are competing processes).