The new method of searching of black holes is developed 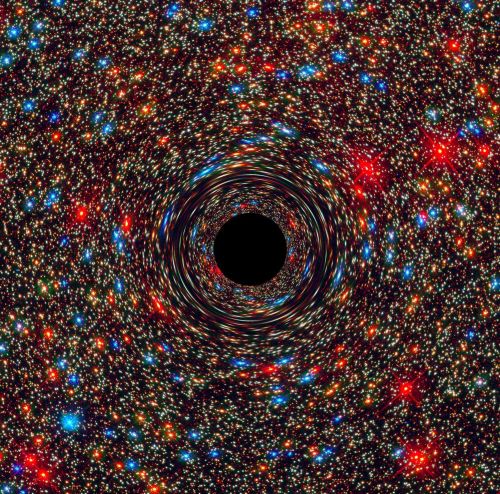 Researchers from Waterloo University, Canada, developed a method which will allow to open approximately on 10 black holes every year thanks to what the number of space objects known to science such can double in the next two years.

Avery Broderick, professor of department of physics and astronomy of Waterloo University, Canada, and his colleagues from the USA and Iran offered the new method of searching of black holes based on group approach to searching of these objects unlike the methods now in use assuming searching of separate black holes. This new approach is based on the phenomenon of a gravitational mikrolinzirovaniye and a radio wave interferometry.

The gravitational mikrolinzirovaniye occurs when a dark object, such as a black hole, passes between us and other light source, for example a star. Light of a star deviates a tentative trajectory, moving along lines of gravitational field therefore we observe increase in brightness of a star. However even the largest telescopes which observe mikrolinzirovaniye events in visible light have restricted permission, giving astronomers not enough information on the object passing before a star. Instead of use of visible light Broderick and his team suggest to use radiowaves to receive multiple pictures of an event of a mikrolinzirovaniye in real time. Such approach allows Broderick’s group to find out all required object parameters, including its weight, speed, and also distance to it.