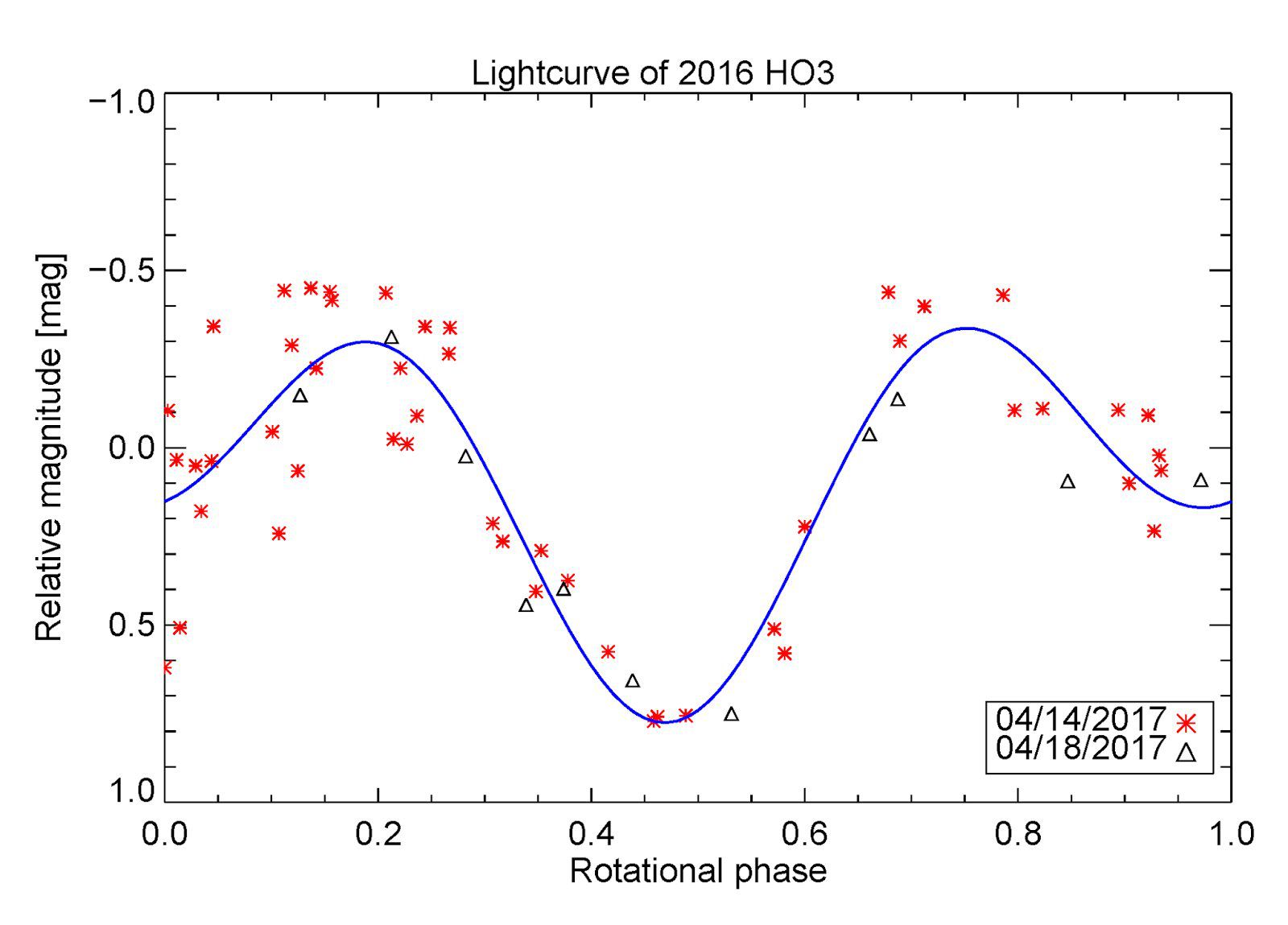 In a new scientific work, researchers led by Vishnu Reddy of the University of Arizona, USA, shed light on the nature of one of the companions of the Earth as it orbits the Sun.

What is this mysterious object about 30 meters in size – maybe, used by the stage of a rocket moving around the Sun in a bizarre orbit and sometimes approaching the Earth?

No, as it turned out. Although astronomers based on previous observations already suspected that the object (469219) 2016 HO3 is a common asteroid rather than a fragment of space debris, however in a new study the Reddy team using one of the world’s largest telescopes Large Binocular Telescope (LBT) located in the state of Arizona, USA, was able to confirm these assumptions.

Object 2016 HO3 is one of the five “quasiputians” of the Earth and is the most stable among them. On a scale of several centuries, the object 2016 HO3 remains at a distance of 38-100 lunar-earth distances from us.

“Although HO3 is close to the Earth, its small size – perhaps no more than 30 meters – makes its observations very difficult,” Reddy said. – Our observations showed that the object HO3 rotates around its axis with a period of 28 minutes and consists of materials similar in composition to the material of the asteroids. ”

These results were reported at the 49th annual meeting of the Division of Planetary Sciences, held in Provo, Utah, USA.