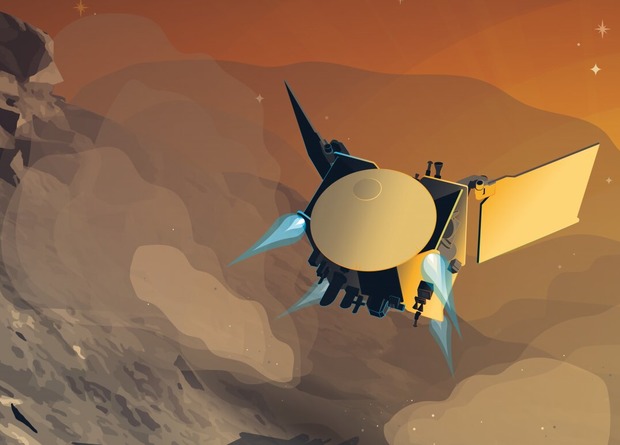 The team of the interplanetary station OSIRIS-REx has chosen a new target for research. This is the famous asteroid Apophis, which was previously considered the most dangerous body for the Earth. The station, which is now flying towards Earth with the soil of the asteroid Bennu, will go to Apophis in 2023 and will explore it from orbit, according to the website of the University of Arizona.

The OSIRIS-REx (Origins Spectral Interpretation Resource Identification Security Regolith Explorer) station was launched into space in 2016 and became the third device designed to deliver asteroid samples to Earth. It is expected that a comprehensive study of the soil in the laboratory and a comparison of the results with data collected by the device when studying an asteroid from low orbit will make it possible to understand the conditions that prevailed in the early solar system, as well as to determine the contribution of small bodies to the delivery of water and organic compounds to the young Earth. .

The main target of OSIRIS-REx was the near-Earth asteroid 101955 (Bennu), to which the station arrived at the end of 2018. In October 2020, the device took a soil sample, the total mass of the collected asteroid matter was about 400 grams. In May 2021, OSIRIS-REx went to Earth, the return capsule with soil should land at the test site in Utah on September 24, 2023.

On April 26, 2022, NASA announced the extension of the OSIRIS-REx science program for 9 years. The total cost of the mission increases by $200 million. The device will receive the designation OSIRIS-APEX (APophis EXplorer), and the asteroid (99942) Apophis, which until March last year was considered the most dangerous for the Earth and received four points on the Turin scale, was chosen as its new target. It belongs to the S-type, has a diameter of 350 meters and can be a “rubble pile”. On April 13, 2029, the asteroid is expected to fly by about 30,000 kilometers from Earth.

It is expected that OSIRIS-APEX will make the first maneuver on the way to Apophis 30 days after the drop of the capsule, and upon reaching the asteroid will explore it for 18 months from orbit, examining the composition and morphology of the surface. The exact date of arrival of the device to Apophis is not yet known. In addition, the craft will descend above the surface of the asteroid and turn on its thrusters to expose the surface layers of Apophis for study. Scientists note that the extended program is characterized by significant technical risks, and before starting work, it is necessary to make sure that the station is able to operate at a maximum approach to the Sun up to 0.5 astronomical units.