The next mission to Mars will bring together three robots 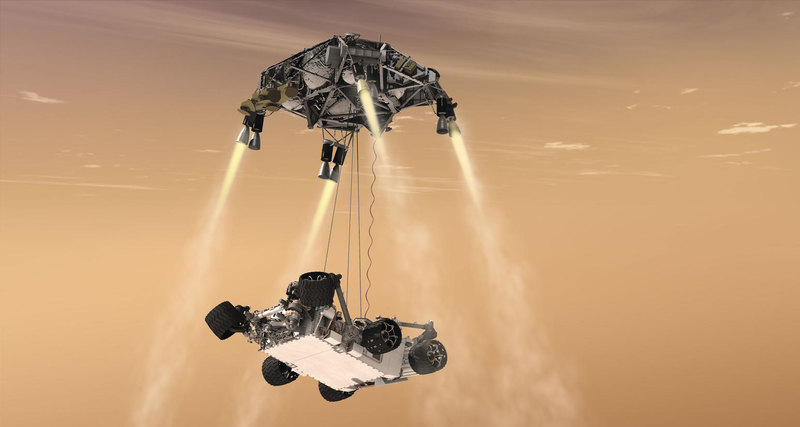 At the Mars Conference in Pasadena, California, representatives of NASA and ESA announced plans for the next mission to the Red Planet after the Mars 2020 rover. It will include two vehicles at once, which will have to collect soil samples left by the previous robot, and then send them to Earth.

For a long time, the most complicated operation did not find support, however, apparently, the project finally received a green light. It is expected that in the near future the technical outlook and budget of the mission will be formed, as well as the development of devices will begin. The concept of the project is to send two automatic stations to Mars at once. The first will be created by the European Space Agency and it will have to reach the orbit of the Red Planet by 2027. There she will be engaged in scientific experiments and wait for her robotic “colleague”. The second device is a landing platform with a rocket for sending samples and a small rover. The task of this rover will be the search for test tubes left by the “Mars-2020” with samples and their delivery to the rocket. 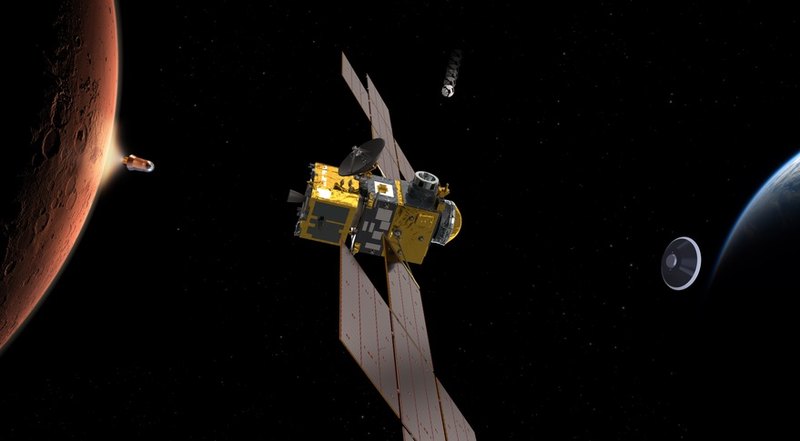 Scheme of the future mission in the artist’s view

Once all the samples have been collected, they will fly up from the surface in a capsule and dock with the European satellite waiting for their turn. That, in turn, will start from Mars and deliver the test tubes to Earth in 2031. The difficulties of the mission relate not only to a long reconciliation period, due to which Mars 2020 will have been working for a long time by the time of the launch of its two followers. Search for man-made objects on other celestial bodies by robots has never been done before. The general scheme of the mission involves many complex operations and its overall success depends on the correctness of each of them. However, even with limited resources, there are backup options for some phases of the project. For example, if the “Mars 2020” is still functional, he will be able to independently bring samples to the landing platform. Previously launched rovers have already dismantled the multiple service life exceeding, which allows considering such an outcome of events.