The ninth planet may be super-earth 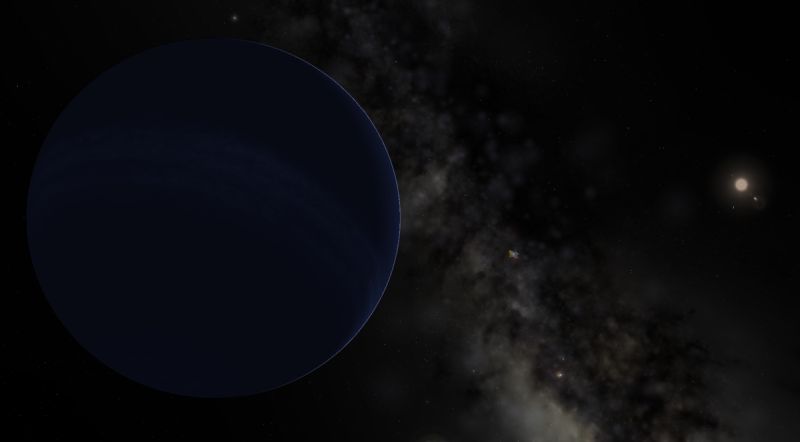 On the third anniversary of the announcement of the possible existence of a ninth planet in the solar system, scientists from the California Institute of Technology Mike Brown and Konstantin Batygin publish two new scientific papers, which continue to analyze the possibility of the existence of the Ninth Planet.

These papers reveal new details about the possible nature and location of this planet, which scientists around the world are looking for after the announcement made by Batygin and Brown in 2016.

The first of these scientific papers, titled “Orbital Clustering in the Distant Solar System”, published in the Astronomical Journal on January 22th, presents new evidence of grouping Kuiper belt objects under the influence of the gravity of an unknown massive object. The calculated probability of the random nature of the observed grouping of these objects is 1: 500, which undoubtedly testifies in favor of the hypothesis about the existence of the as yet undetected Ninth Planet, the authors note. 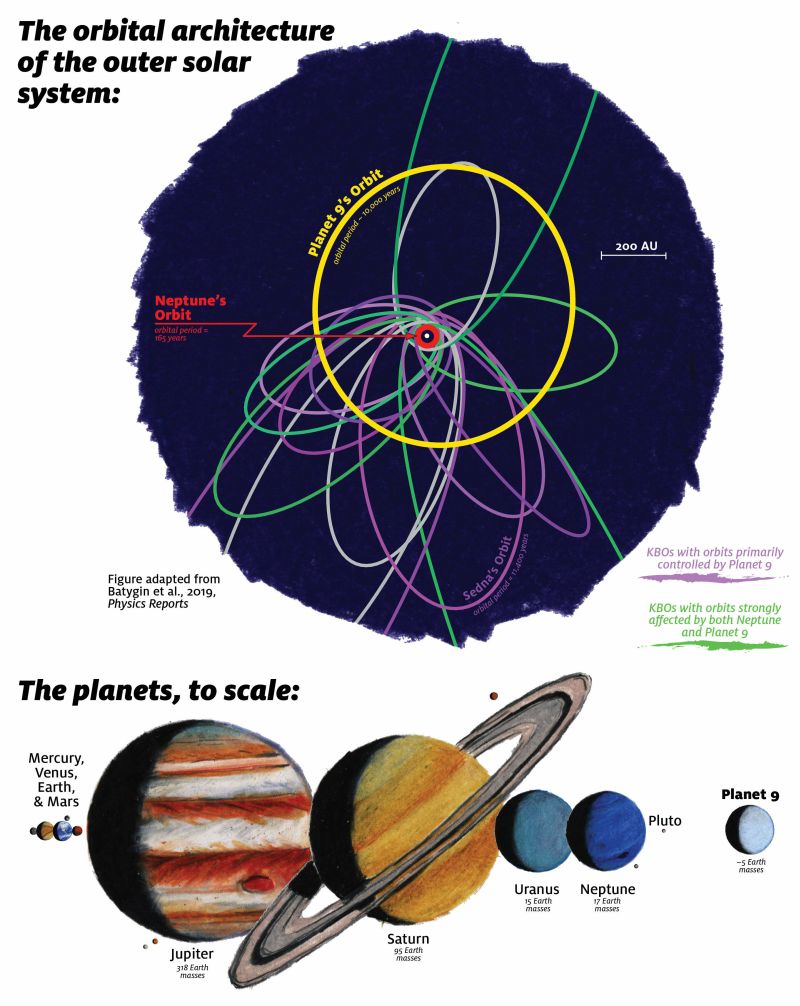 The second paper, entitled The Planet Nine Hypothesis, which will be published in the upcoming issue of Physics Reports, presents thousands of new computer models of the dynamic evolution of the outer part of the Solar System and reveals the nature of the hypothetical Planet 9, including a revised estimate of its orbit and size. According to these new findings, the planet is smaller and closer to the Sun than was thought. Thus, the mass of Planet 9 is now about 5 Earth’s masses – which makes it possible to classify a hypothetical planet as a “super-earth” – and the semi-axis of the solar orbit is only 400 astronomical units (1 AU is equal to the average distance from Earth to the Sun or about 150 million kilometers), according to the authors of the article.