The observed Universe contains in 10 times more of galaxies, than was considered 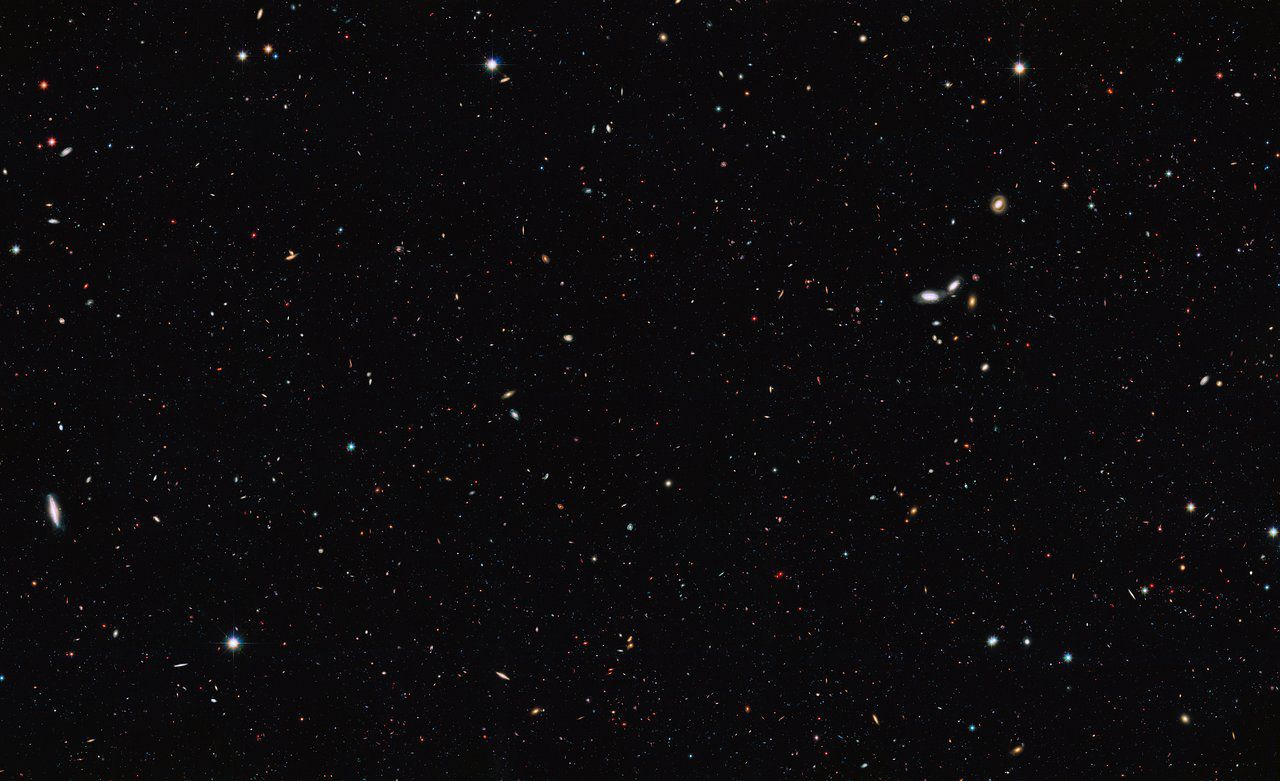 Astronomers, using the data obtained by means of the space telescope of the NASA/the ESA of Hubble and other telescopes carried out accurate calculation of number of galaxies in the Universe. This group came to the surprising conclusion consisting in what contains in an observed part of the Universe at least in 10 times more of galaxies than was considered earlier.

These results are of great importance for our understanding of processes of forming of galaxies, and also help to resolve an ancient astronomical paradox – why the sky remains dark, despite a huge number of the shining space objects in the Universe at night?

The pictures of Hubble Deep Field received in the mid-nineties of the 20th century allowed to estimate quantity of galaxies in the Universe which was at that time accepted to equal about 100 billion galaxies. Now the international team of astronomers led by Christopher Conselice from the Nottingham university, the United Kingdom, showed that this figure can be underestimated at least by 10 times.

Konselich and his team came to these conclusions, having studied the pictures of far areas of the Universe made by Hubble; the data obtained by this scientific team in the previous research, and other published earlier scientific data. Scientists converted these pictures into three-dimensional images to perform exact measurements of number of galaxies during different eras of existence of the Universe. Besides, researchers used in the work the new mathematical models which allowed to reveal existence of galaxies which can’t be observed by means of the current generation of telescopes.

One more important conclusion from this work is permission of a so-called paradox of Olbers, or a photometric paradox in which are contrasted among themselves huge total luminosity of the sources of radiation covering with themselves honor all observed night sky, and a dark look of this sky. Permission of this paradox, according to team Konselich, consists that in spite of the fact that in the early Universe distribution density of galaxies was very high and therefore they cover with themselves almost all visible sky, however they remain invisible to modern telescopes because of a combination of the following factors: red shift of light, dynamic nature of the Universe and absorption of light intergalactic dust and gas.