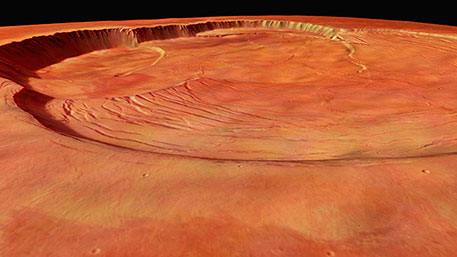 Scientists told what a volcano ruined life on the red planet. According to experts, the blame was the eruption of the most powerful volcano in the solar system. It was called Olympus. Also, his activity shifted the axis of the planet by 20 degrees.

Scientists have told what a volcano ruined life on Mars. According to experts, this was a real catastrophe, as the largest volcano in the solar system, called “Olympus”, erupted. Its value was 20 kilometers.

As experts have found out, before he began to operate on the planet there were lakes, rivers and seas. But Olympus literally evaporated all the water, forever changing the face of Mars.

Experts also argue that his activity shifted the axis of the planet by 20 degrees, which also led to fatal consequences.