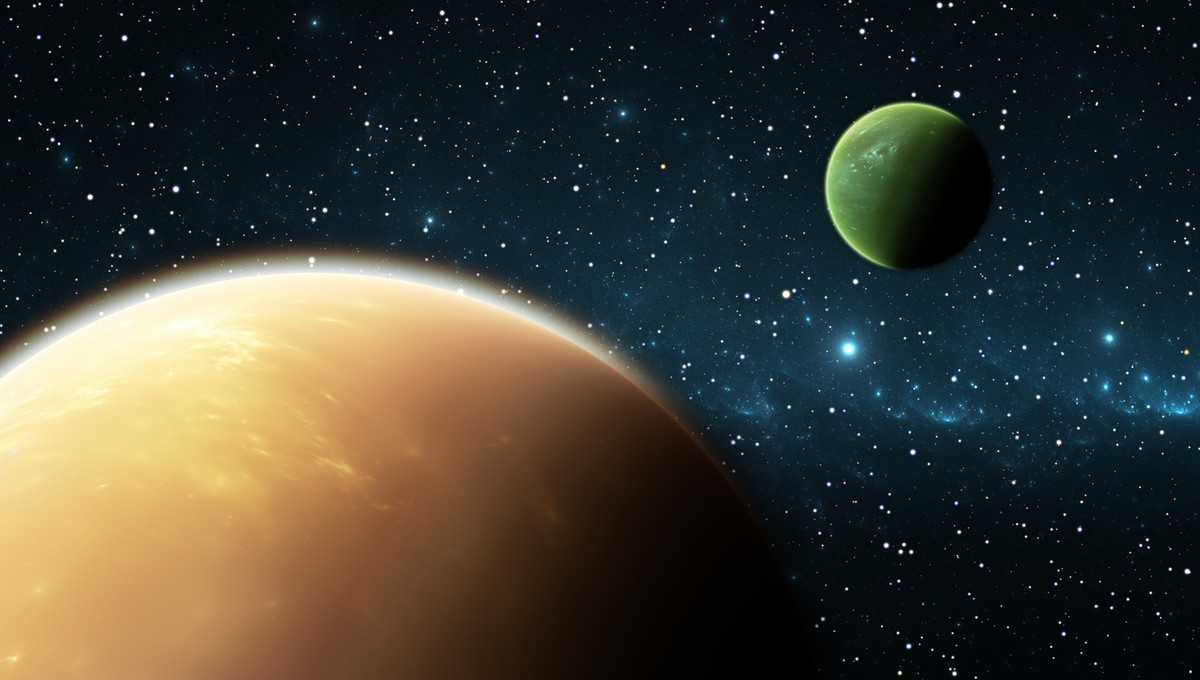 Since the end of the last century, astronomers have discovered thousands of distant exoplanets. With exolans, things are much more complicated. Only in the summer of 2017 were found (until finally confirmed) traces of the first satellite outside the solar system, which rotates around the exoplanet Kepler-1625b about 4000 light years from us. Even then, its dimensions were estimated as pretty decent, but in the new work presented in the library of preprints arXiv, new estimates are given, even more impressive.

René Heller from the German Institute for Solar System Studies of the Society. Max Planck used Kepler’s telescope data, calculating that the candidate Kepler-1625b I might not be similar to an ordinary satellite, but rather to a giant, ocean-covered planet. Her dimensions Heller estimates up to the size of Saturn, although the exolune is closer to the not so large giant Solar System – Neptune: four times the Earth and 180 times heavier.

The origin of such a huge satellite is difficult to explain by the same mechanisms that led to the appearance of satellites familiar to us from the planets of the solar system. The moon, for example, was formed, as it is believed, in the course of the Earth’s collision with a large celestial body, from debris that had been thrown into orbit. The moons of Jupiter formed from a cloud of gas and dust, the moon of Neptune Triton was captured during a flight past a massive planet. None of these scenarios can reliably explain the appearance of an impressive exolune, although, according to Rene Heller, gravitational capture by a huge planet with a mass of 10 Jupiter masses is entirely possible.

In the near future, astronomers are planning new observations for the Kepler-1625 system. This time, the Hubble Space Telescope will be connected to the work. Perhaps it will allow to reliably confirm the existence of the exoluna, more accurately to find out its dimensions and to give reasonable options for the appearance of such a huge satellite.