The opposition of Saturn in 2016 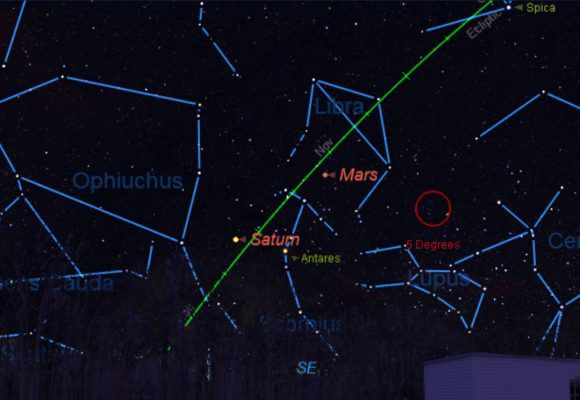 First Jupiter, then Mars and now Saturn is in the spotlight. More precisely a bit later, next week, reaching a confrontation at 7:00 according to universal time (UT) on the night from 2nd to 3rd June 2016. It makes a favorable planet for the evening’s viewing, rising like the Sun in the East, and sitting down in the West.

Saturn reaches opposition once in 378 days, as it goes around the Sun at a leisurely pace, making a revolution every 29.5 years. Also, the waxing Moon will pass within 3.2 degrees North of Saturn on Sunday, the 19th of June, just the day before the full moon.

If we talk about the rings, then this is another reason to observe Saturn this season. The tilt of the rings will be about 26 degrees.

Don’t miss the opposition of Saturn next week!