The origin of rust on an oxygen-deprived moon explained 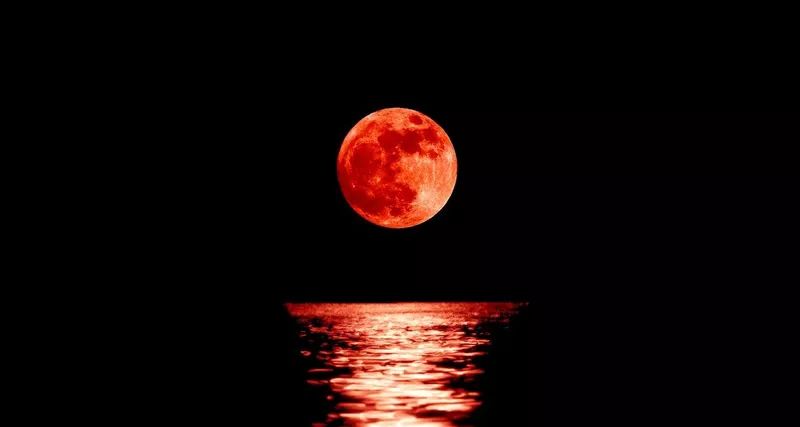 Scientists have explained how metal oxides could have formed on the moon. It’s funny, but if the hypothesis is confirmed, it will help to learn more about the Earth’s atmosphere than about the surface of its satellite.

Discovered in the high latitudes of the Moon, the mineral hematite has greatly puzzled scientists. Hematite or red iron ore is widespread on Earth. This is iron oxide Fe₂O₃, and its presence on our planet is understandable. Where did it come from on the Moon, where there is practically no oxygen both on the surface and inside the rock, and therefore a typical lunar iron is pure metallic iron? 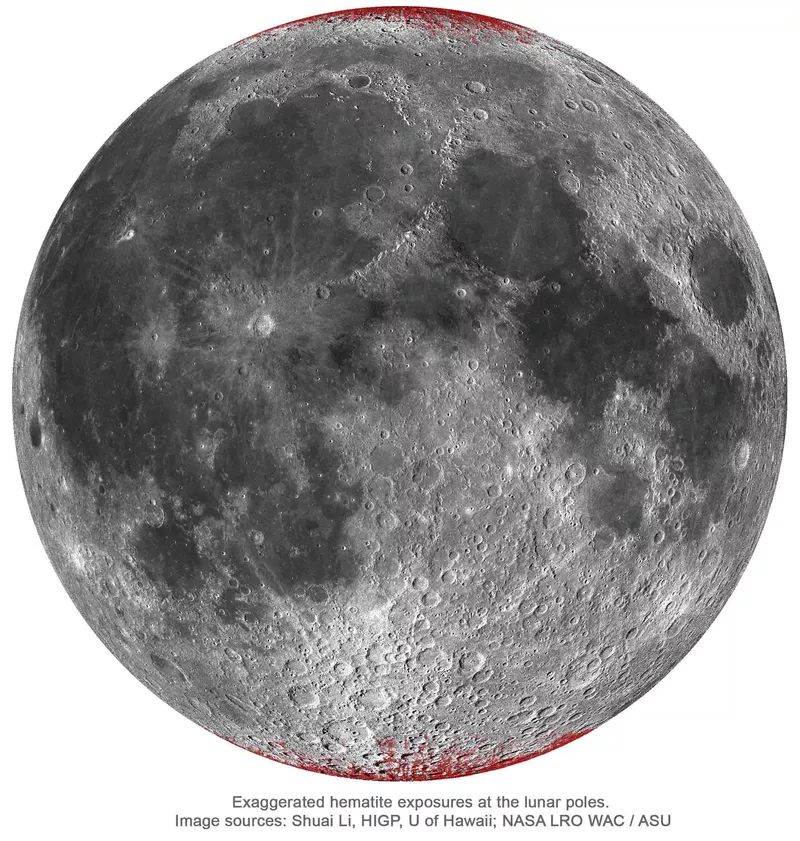 Researchers from the University of Hawaii at Manoa believe that the Earth “supplies” oxygen to form lunar hematite. The logistics are simple: oxygen from the upper atmosphere is blown out by the solar wind. During periods when the Moon is in the tail of the Earth’s magnetosphere, the flow of “stolen” oxygen hits exactly the surface of the Moon. Calculations presented in a paper published in the journal Science Advances showed that this oxygen is sufficient to form about 5-9% of lunar hematite.

The rest of the hematite, as shown by simulations in NASA’s Moon Mineralogy Mapper program, is formed by lunar water. The places where iron oxide was found coincide with the places where water was found. Why not immediately explain the appearance of hematite by the presence of water? The fact is that the reserves of the mineral are more concentrated on the side that is always facing the Earth, where oxygen from the planet’s atmosphere probably gets. On the far side of the Moon, there is much less hematite, and this amount may well be explained by the presence of water. 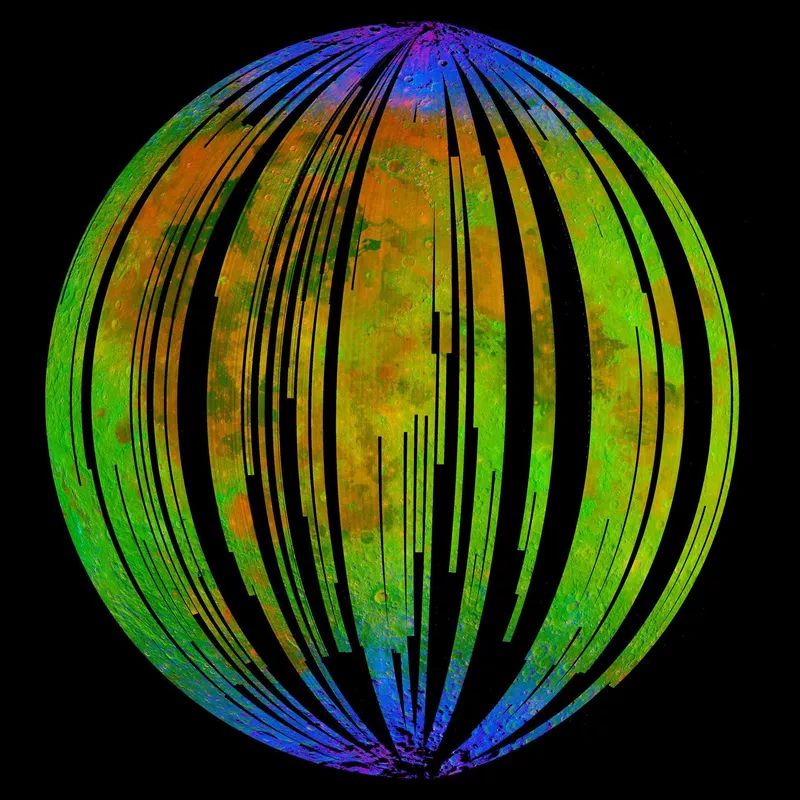 Blue shows areas where there is likely water

Researchers hope that NASA ARTEMIS lunar missions will soon provide samples of hematite from the lunar polar regions. Chemical analysis of the samples could support the hypothesis of whether lunar iron is oxidized by oxygen from Earth. If so, then the process of supplying oxygen from Earth has been going on for several billion years. This means that samples of hematite from the Moon can tell a lot about the evolution of our atmosphere.