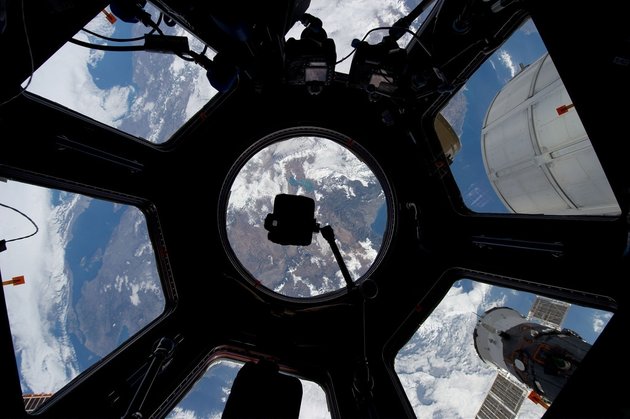 The crew of the International Space Station on September 10 hid in a special shelter in connection with the danger caused by a flash on the Sun, told reporters on Monday head of the Nuclear Physics Research Institute. D.V. Skobeltsyn University of Moscow. M.V. Lomonosov Moscow State University (MSU RINP) Mikhail Panasyuk.

“Yesterday, the astronauts were given an” alert “command to the ISS, and they for some time went into hiding at the space station,” Panasyuk said.

He explained that the beginning of the increase in proton events and radiation exposure coincided with the time when the ISS passed “past the Sun.”

He also noted that the Alert team was given at 20.00 Moscow time because the proton flux was stronger than during the more powerful solar flare that occurred on September 7. Later this command was canceled. In his opinion, “a powerful stream of protons can penetrate the ISS shell.”

The outbreak on the Sun, which occurred on Wednesday, became the most powerful in the last 12 years. She was awarded a score of X9.3. The last explosion of such a force was recorded 12 years ago – September 7, 2005. The sunspot on the territory of which the flash occurred remained active until September 8, it emitted three more medium and one strong flash.