The outer space approached the Earth for 20 kilometers 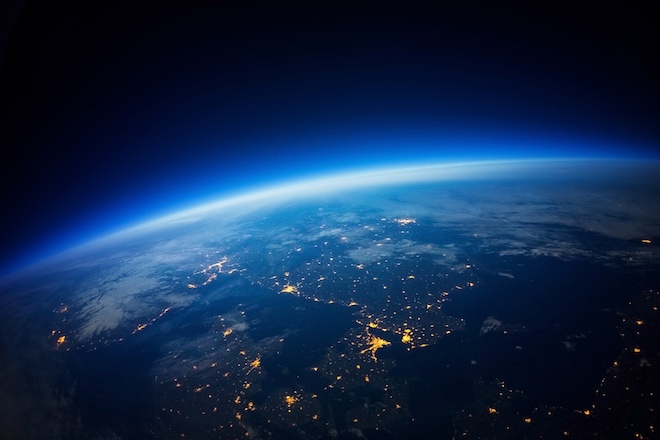 The outer space approached the Earth at 20 km, according to the portal Space. But, most likely, you did not feel it. Nothing has moved (except for the constant and accelerating expansion of the universe). But, according to a new study, the time has come for earthmen to change their ideas about where the Earth’s atmosphere ends and outer space begins.

If the calculations of the astrophysicist Jonathan McDowell are correct, the cosmic boundary, where airspace laws give way to the laws of orbital space, can be 20 km closer than previously estimated. “Disputes about where the atmosphere ends and space begins begins before the launch of the first satellite,” says McDowell. “The common border, the so-called Karman line, is at an altitude of 100 km.”

According to McDahuallah, the Karman line is the result of decades of misinterpreted information, since real orbital data was not taken into account. In his new study, McDowell studied the data describing the orbital paths of 43,000 satellites. Most of the satellites were not interested in the scientist – they were moving much higher than the line of Karman and were clearly in outer space.

About 50 of the satellites, however, stood out from the general mass. During the return, each of these satellites successfully completed at least two complete turns around the Earth at an altitude below 100 km. The Soviet satellite Electron-4, for example, skirted the planet 10 times at an altitude of about 85 km, and then fell into the atmosphere and burnt in 1997.

These examples clearly showed that the physics of the cosmos operated below the Karman line. When McDowell applied a mathematical model to find the exact point at which various satellites broke away from their orbits and returned to the atmosphere, he discovered that this could occur on a stretch between 66 and 88 km. But if the device dropped below 80 km, there was no hope of escape.

Thus, McDowell chose a mark of 80 km as the real bottom edge of the cosmos. This figure is confirmed by other factors. For example, McDowell wrote that in the 1950s, US Air Force pilots were awarded special “astronaut wings” if they climbed above 80 km.

So, what does it mean to reduce the boundary between the Earth and the cosmos by 20%? To launch missiles and other physical types of interaction with space, nothing will change, but some important political and territorial issues may need to be addressed.