The photo of a crater of Gusev on Mars from NASA 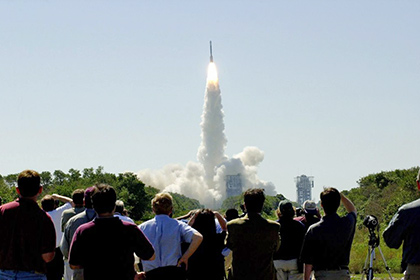 The Mars Odyssey space station by means of the scientific THEMIS tool (Thermal Emission Imaging System) has made a picture of a crater of Gusev on Mars. The photo available on the website of NASA, is given below.

On the submitted image at the bottom of a crater it is possible to consider numerous dark direct strips. According to researchers, they are created by interaction of wind with the dusty surface of deepening.

The crater called in honor of the Soviet astronomer Matvei Gusev has a diameter 166 kilometers. Most likely, he has arisen after falling on the planet of an asteroid three-four billion years ago. The crater in 2004-2010 was investigated by the American Spirit mars rover.

The device Mars Odyssey has been started to Mars on April 7 the 2001st, and on October 24 the same year has reached the Red planet. The device has received the name in honor of Arthur Clark’s best-seller and the movie of Stanley Kubrick of the same name “2001: Space Odyssey”.