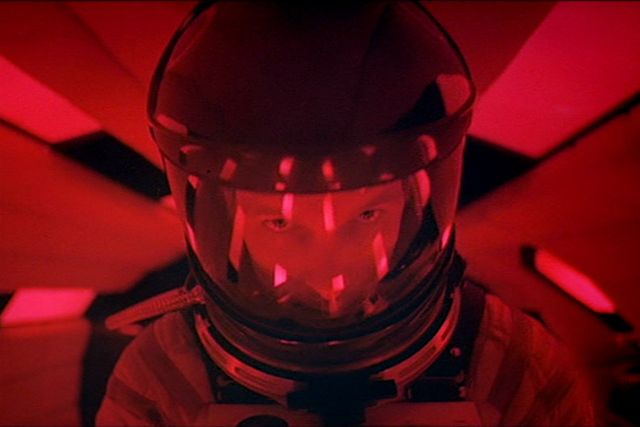 Cosmonauts receive radiation dose 200 times more than a person on Earth per day. If we compare it with a medical radiographic study, it turns out that the daily dose of cosmonaut radiation – 0.6 millisievert is 5-6 sessions of the thorax examination. On Earth, the natural radiation background consists mainly of gamma radiation, in space – from charged particles. Elements of Mendeleyev’s table are accelerated to tens, hundreds гигаэлектронвольтов, therefore can прошивать some meters of a thickness of a protective covering.

Studies were carried out on the health of astronauts to see if they contracted cancer more often than other people. We concluded that no, but this study has very small statistics: there are not so many cosmonauts. Of course, radiation reduces life, because it leads to premature aging of the body. And that the astronauts remained young and healthy, invented radiation standards. In Russia, this is 1000 millisieverts for life, while for a year the cosmonaut is allowed to receive no more than 200 millisievert.

From the point of view of modern standards, one can not permanently be in space: the maximum dose of radiation a person will receive in 4 years (4 x 200 = 800 mSv, another 200 mSv is a reserve for unforeseen circumstances). Astronauts-record holders spent in space about 850 days. If all standards are followed, followed by the radiation safety of manned space flights, then the life of astronauts will be reduced by no more than 2.5-3 years.

It is worth considering that the level of radiation in space is unstable and varies due to solar proton events, which increase the radiation dose received by the cosmonaut. Current manned flights pass in low orbit (as experts say, in orbit with mid-latitude inclination). There, under the protection of the magnetosphere, the dose from flares weakens several hundred times, so the dose of irradiation for the day when the solar proton event occurs increases a maximum of 10-15 times. The situation changes radically if we are outside the magnetosphere (about 10 radii of the Earth) or closer to the poles at low latitudes. In these areas, the magnetosphere does not protect us at all, solar flares begin to present a real danger, since the dose of radiation increases by 200-300 times in comparison with the unperturbed period. This causes the immediate effects of radiation: dizziness, nausea, loss of appetite, impaired working capacity – this is a dangerous phenomenon for an astronaut. Fortunately, powerful flares are quite rare – one or two times for the solar cycle (11 years), and their maximum duration does not exceed two days.

In different compartments of the spacecraft, the radiation dose differs, the indications can vary even within the human body. First of all, you need to learn to control the level of radiation: cosmonauts have different dosimeters, sensors, which can get information about radiation. Depending on the solar activity, we recommend the crew to be in those compartments of the space station, where the dose of radiation is less, are the compartments that do not stick out of the shell.

In the service of radiation safety of manned space flights, we proposed to protect astronauts by placing a special product on the thin outer wall. The protective curtain is a “mattress” with cosmetic napkins – a gauze cloth impregnated with water and sealed in a polyethylene bag. Wet wipes replace the shower for astronauts, they can not simply be stored at the station, but used as an additional layer of water, which protects the cosmonaut from radiation in the compartments. Water and polyethylene plates detain secondary particles – neutrons, and the dose of radiation is absorbed more efficiently.