The physicist proposed a method for finding wormholes 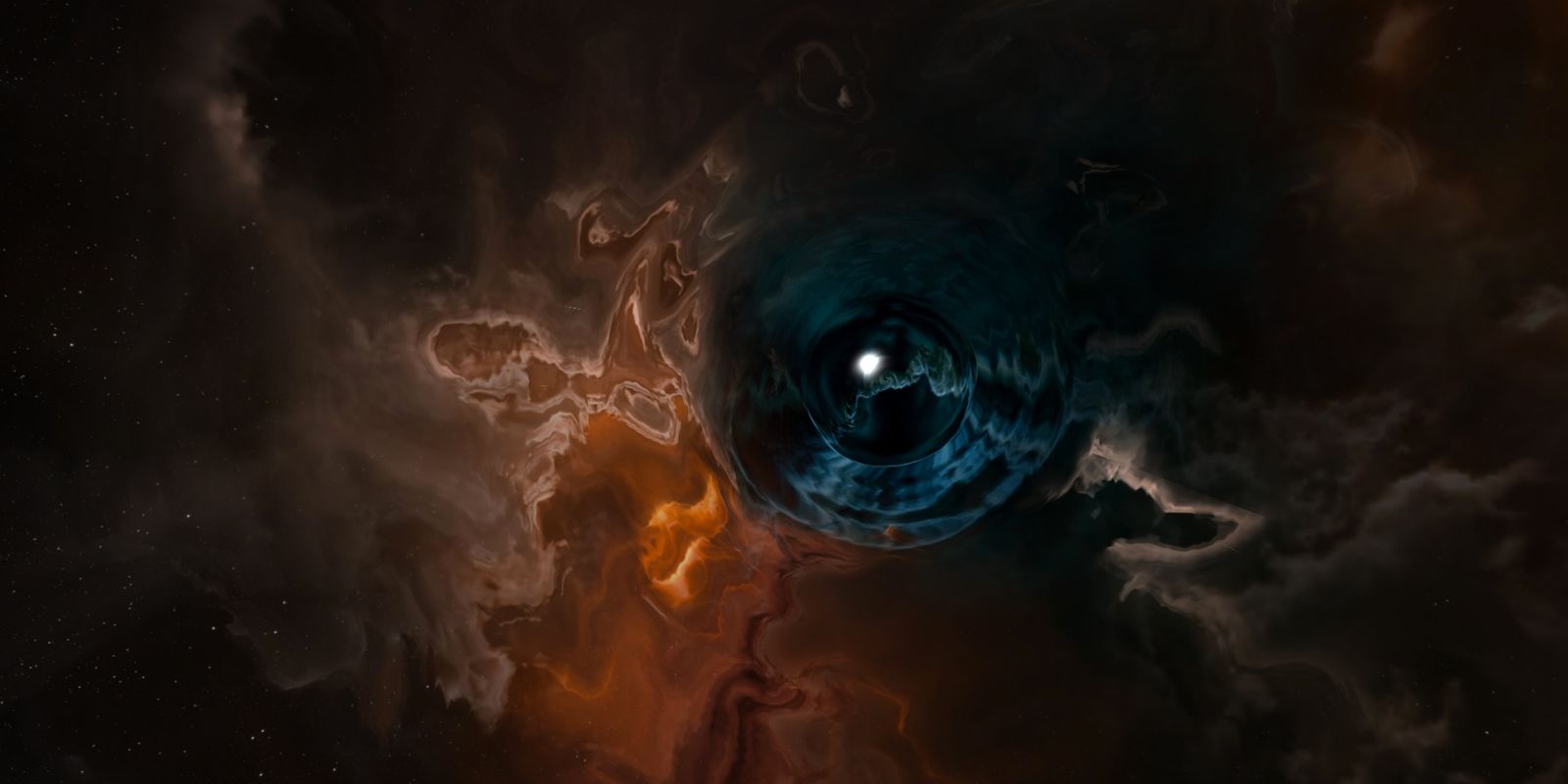 A researcher from India suggested a way to search for wormholes – or, in other words, wormholes. The basis is the specific shadow left by these hypothetical objects.

Each of the astronomers at least once in his life thought about the space-time travel. Not least, this is due to completely scientific hypotheses that allow the existence of wormholes. They are hypothetical topological features of space-time, or, in simple terms, tunnels. There is an assumption that with the help of such an object you can instantly get from one point of space to another, physically not crossing the distance between them.

A wormhole can be described more familiar within the science fiction word “teleport”, although such an analogy for a number of reasons will not be entirely correct. Within the framework of the General Theory of Relativity, the existence of wormholes is allowed. The passable wormhole should be filled with exotic matter with a negative energy density, which would create a strong gravitational repulsion and prevent the collapse of the hole.

As we have already noted, worm holes, unlike black holes, are purely hypothetical. Nevertheless, scientists do not give up trying to find them. Now physicist Rajibul Shaikh of the Indian Institute of Basic Research Tata said that some wormholes can be detected by their shadow. It is a dark area surrounding the entrance to the wormhole, and it can be observed in theory.

The scientist called the shape of the shadow, calculating the trajectories along which the rays of light travel, taking into account the topology of the wormhole neck. In his opinion, when finding a third-party light source, only one end of the molehill will scatter a part of the light, and a part will go into the tunnel. The observer, who is on a planet relatively close to the entrance to the molehill, will see a peculiar arrangement of light and dark spots. 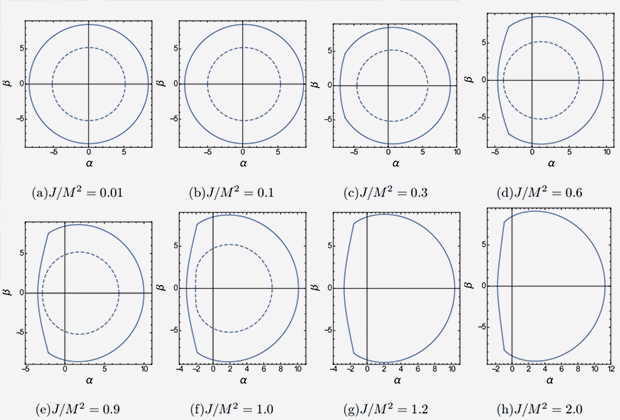 Shadow in wormholes with a certain metric, rotating at different speeds. The dotted line shows the shadow of the rotating black Kerr hole / © arXiv

In the event that a wormhole rotation speed is low, its shadow will be similar to the shadow of the rotating black hole of the Kerr – almost perfectly round in shape. With an increase in the speed of rotation, the shadow from the wormhole becomes more asymmetric. More details with the results of the study can be found in the arXiv repository.