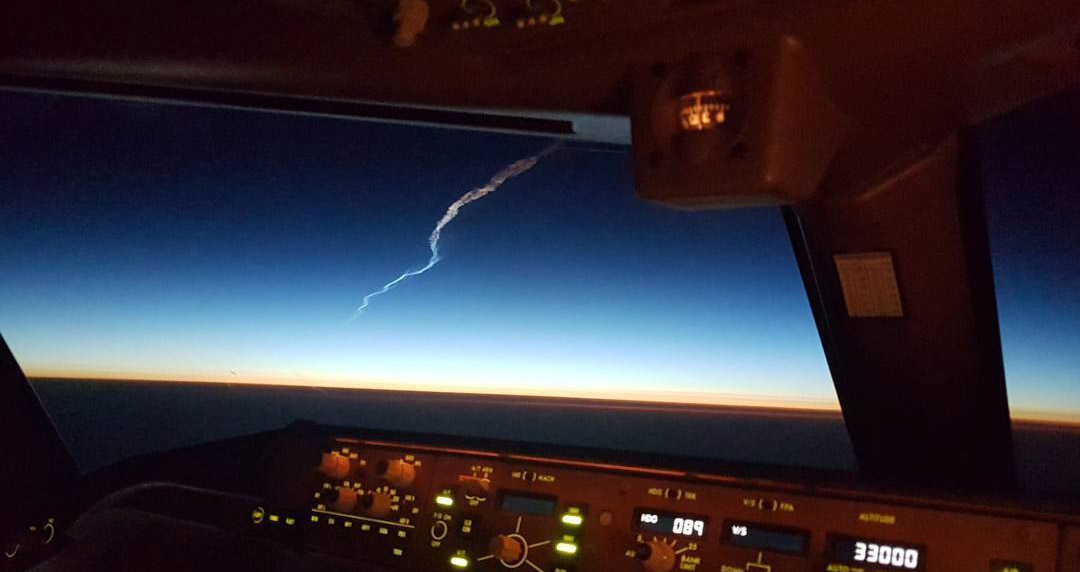 September 3 flight LX178 was traveling from Zurich to Singapore. Boeing 777 flew over the Caspian Sea, when the pilots noticed an unusual sight in the sky – a very bright meteor. At first they thought that they saw a comet, but it turned out to be a capsule “Union MS-04”, which just started entering the atmosphere.

On board the “Union” were cosmonaut Fedor Yurchikhin, astronauts Peggy Whitson and Jack Fisher, who were returning home from the International Space Station and landed in the Kazakh steppe a few minutes later.