The planet Phaethon died because of a nuclear war? 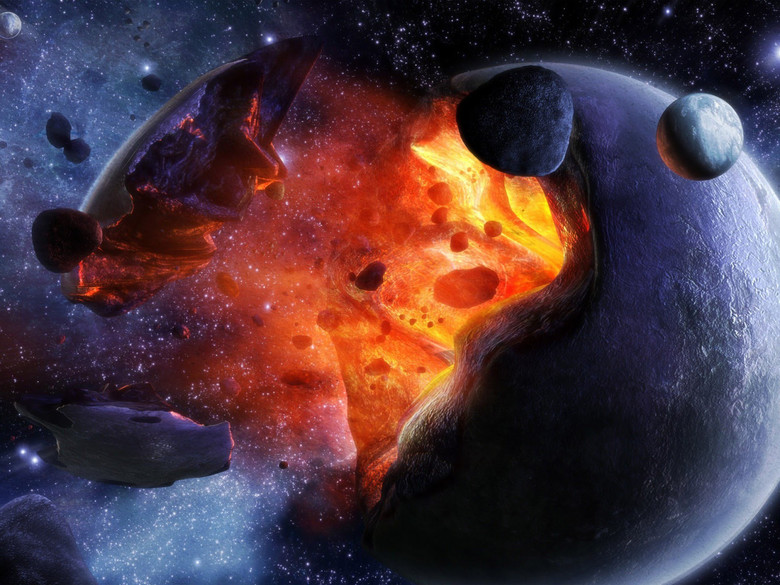 In times immemorial, between Mars and Jupiter, there was another planet split into parts as a result of some kind of cataclysm. Now in the place of its former orbit there is a belt of asteroids. The echoes of that cosmic catastrophe have been preserved in the traditions of many peoples, in particular in the ancient Greek myth of Phaeton. Many scientists, ufologists, esotericists, science fiction writers believe that a highly developed civilization flourished on Phaeton.

Since ancient times, astronomers have wondered why the distance between the orbits of Mars and Jupiter is so great. By all accounts, there must be another planet. Johannes Kepler put forward this hypothesis in the 17th century. And 100 years after it, German astronomers Johann Daniel Titius and Johanne Ehlert Bode found a regularity in the arrangement of the planets of the solar system and proposed a simple rule that makes it easy to determine the distance of any of them to the Sun.

But when in 1781 William Herschel discovered Uranus at a distance from the Sun, corresponding to the Titius-Bode formula, many astronomers believed in the truth of this numerical pattern – and began searching for the missing planet between Mars and Jupiter.

Many searched for it, but discovered quite accidentally on New Year’s Eve in 1801 the director of the observatory in Palermo (Sicily) Giuseppe Piazzi. This celestial body, called Ceres, moved exactly along an orbit corresponding to the Titius-Bode rule.

True, he was embarrassed by the too weak shine of the “newly baptized”, who said that very little baby is spinning between Mars and Jupiter, much inferior to other planets in the Solar System (only 960 kilometers across). But a year later the doctor and amateur astronomer Heinrich Wilhelm Olbers discovered at the distance of 2.8 astronomical units from the Sun the same crumb of Pallas.

Subsequently, Juno, Vesta, Astrea were found. Then the astronomers realized that in the orbit between Mars and Jupiter there are many small asteroids, and discovered a real hunt for them. By the beginning of the XX century, more than 300 small planets were recorded and described, and by 2011 there were already 285,000. But the names have only 19 thousand.

All this “space garbage” is pushed in the space between Mars and Jupiter. But the paths of some asteroids under planetary influence have become quite bizarre. For example, Eros enters the orbit of Mars, Amur, Ganymede, Hermes and Apollo into the orbits of Mercury and Venus, and Icarus gets almost to the Sun, and every 19 years passes near our planet.

But still, if you put together parts of this cosmic puzzle, you will get a planet that is as big as Mars and Earth, and perhaps even better than them.

How did Phaethon die?

What monstrous power destroyed Phaethon (if, of course, he really existed)?

Heinrich Olbers suggested that the fifth planet was on a gravitationally unstable orbit in the zone of simultaneous impact of the gravitational field of Jupiter and the Sun – and tidal forces literally tore it apart.

Writer Anatoly Mitrofanov developed this version in the novel “On the tenth planet” (1960), suggesting that in the death of Phaeton largely responsible for the highly developed civilization of the Faetians, made an unsuccessful attempt to curb the dangerously increased volcanic activity caused by the instability of the core of the planet under the influence of tidal forces of Jupiter.

According to the hypothesis of geologist Igor Ryazanov, 4.5 billion years ago (500-600 million after the beginning of the formation of the solar system), a body the size of our Moon, flying from outer space, crashed into Phaethon, splitting it into a lot of asteroids. A similar version was supported by many other scientists.

Writer Alexander Kazantsev in the novel “Faetes” said that the ancient planet Faena was lost as a result of the nuclear war that caused the explosion of the oceans. The survivors of the interplanetary expeditions, who created colonies on Mars and Earth, survived.

As a variant of this hypothesis, there is an assumption that the civilization of Phaethon fought with the civilization of Mars. After the exchange of powerful nuclear strikes, the Red Planet became lifeless, and the Phaethon completely collapsed. This version is supported by the famous astrophysicist John Brandenburg, who stated that the cause of the death of life on Mars were two powerful nuclear attacks inflicted from outer space millions of years ago. 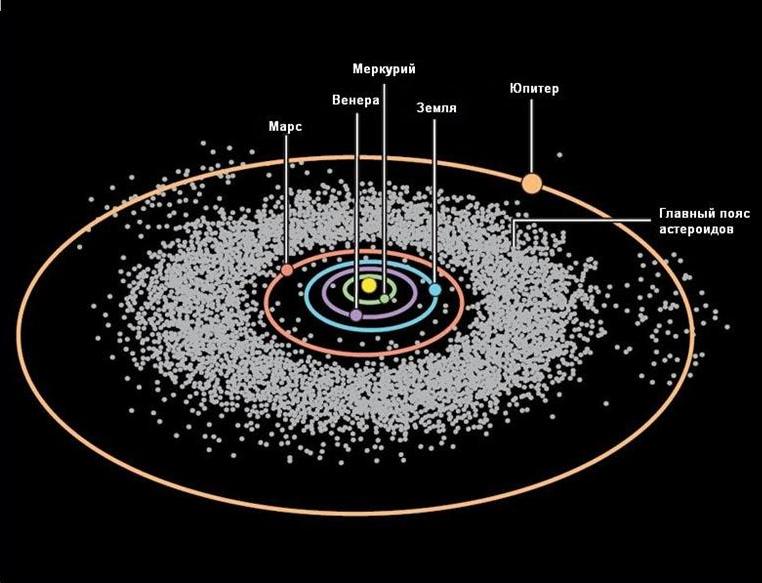 The Soviet astronomer Felix Siegel suggested that Mars, the Moon and Phaethon once constituted a three-planetary system with a common orbit around the Sun. The catastrophe of Phaethon turned it into asteroids and broke the balance of three bodies. Mars and the Moon reached the orbits closer to the Sun and began to heat up.

At the same time, the smaller Moon lost the entire atmosphere, Mars – the greater part of it. Later, the Moon passed in dangerous proximity to the Earth and was captured by it.

However, many scholars denied the existence of Phaethon. For example, the Soviet academician Otto Schmidt and his followers believed that asteroids were only embryos of planets, a building material that could not be blended into a single whole due to the gravitational influence of Jupiter.

With them, Lucy McFadden, an astronomer from the University of Maryland, agrees. In her opinion, Ceres is a planetary “embryo”, stopped in its development because of the influence of Jupiter’s powerful gravitational field, which did not allow him to gain the right amount of substance to become a full-sized planet.

There is another unimaginably bold hypothesis. According to her, billions of years ago in our system there were two luminaries – Jupiter and the Sun. Both of them influenced the orbits of the planets, and Phaethon and Mars were predominantly in the planetary system of the star Jupiter.

On Phaeton there was a highly developed technocratic civilization that successfully surmounted the “nuclear threshold” in its development, subjugated to itself the mighty forces of nature, released into outer space and created colonies on Mars, Earth, Venus, gradually transforming these planets into suitable for life.

But over time, irreversible processes developed on Jupiter, and it flashed a supernova, first expanding almost to the orbit of Phaeton, and then “shrinking” to the current size of the gas giant, gradually cooling down. A colossal splash of energy hit the Phaethon, splitting it into pieces.

All planets of binary stars were torn from orbits. Particularly affected were Mars, Earth and Venus, on which all life was destroyed. Fortunately, survivors of the interstellar expeditions of the phaetes who by that time already inhabited the planets discovered in the systems of Alpha Centauri, Sirius, Deneb, Lira.

Millions of years later, when the consequences of the colossal cosmic catastrophe subsided, they returned to their ancestral home, now only the solar system, and discovered that the planet Earth is quite suitable for development. Now she has got a companion – the Moon, in which the Faetians identified the core of their native planet.

It is interesting that in the 3rd century BC, the chief curator of the Library of Alexandria, Apollonius Rodius, wrote that there was a time when the moon did not exist on the earthly sky. This information the scientist received, rereading the oldest manuscripts, which then burned together with the library.

The myths of the Bushmen of South Africa also state that before the flood the night sky was illuminated only by the stars. There is no information about the Moon and in the most ancient chronicles of the Maya.

These ancient sources are echoes of the knowledge of the terrestrial civilization of the phaetes, which has reached the highest development, but was destroyed, ironically, by the fragment of its native planet – a large asteroid colliding with the Earth. After that, mankind (its surviving remnants) was thrown back into a primitive state – and was forced to start all over again.