The presence of volcanoes on Ceres 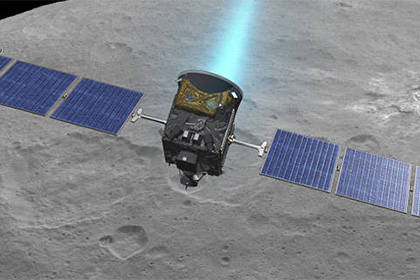 An international team of scientists summed up the main results of the Dawn mission. Among them — the proof of presence on Ceres, the largest celestial body in the asteroid belt between the orbits of Mars and Jupiter, of cryovolcanism. The results of the mission published in six articles in the journal Science, briefly about them, reports the EurekAlert!

Traces of active cryovolcanism discovered on the Sea of Mons. Dome-shaped mountain has a basis in the form of an ellipse and a concave upper part. Conducted computer modeling and analysis received from the station Dawn data showed that the main mechanism of formation of akhuny Mons is extrusion — with the eruption of viscous lava, consisting of cold salt water.

Other studies published by scientists, devoted to the content of water ice on the dwarf planet, the weak interaction of the atmosphere of a celestial body with the solar wind, the composition of the outer shell, which is a mixture of rock and ice, various types of reliefs on a celestial body, as well as analysis of sedimentary rock phyllosilicate minerals.

Station Dawn launched on 27 September 2007 using the launch vehicle Delta 2 from the spaceport at Cape Canaveral in the US and in orbit around Ceres turned out to be March 6, 2015. The cost of the project to study the asteroid Vesta and the dwarf planet Ceres is more than $ 500 million.