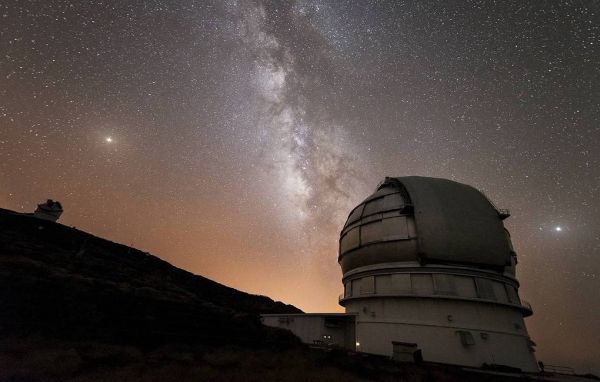 Planetologists have discovered several fresh craters on Titan’s surface using images from the Cassini probe, and have discovered reserves of water ice inside the craters. This was announced on Friday by the press service of the University of Western Ontario with reference to an article in the journal Astronomy & Astrophysics.

“Our research once again shows that looking for potential traces of life only on Mars is a mistake. Recent discoveries on Venus, for example, suggest that in the past it could have been an ocean planet. Therefore, we are looking for life in the most unexpected places. including sending the Dragonfly mission to Titan, “said Catherine Naish, planetary scientist at the University of Western Ontario (Canada) and one of the authors of the study.

Titan is Saturn’s largest moon. In size, shape and mass, it is more similar to the rocky planets of the solar system than to other satellites. Titan resembles the Earth in terms of climate and geology: it rains and thunderstorms, it is characterized by soil erosion, the satellite has seas, rivers and islands, and geological processes take place in its bowels due to gravitational interactions with Saturn. There are seasons on this satellite, and its weather processes are almost as complex as their counterparts on Earth.

Despite all this, Titan is very different from Earth from a chemical point of view. Its rains are composed of liquid methane, and the “sand” and other forms of matter on the surface are frozen hydrocarbons. Scientists suggest that the role of the mantle in the bowels of the satellite can be played not by molten rocks, as on Earth, but by a giant subsurface ocean of liquid water.

Under the influence of erosion and climatic processes, the appearance of the satellite of Saturn, like the Earth, is constantly being updated. Scientists have long wondered if Titan still has craters that appear after asteroids fall onto its surface.

During the entire operation of the Cassini probe, astronomers have found only 90 structures on the surface of Titan, which could theoretically be considered craters. Given the unusual composition and structure of the satellite’s interior, until recently, scientists could not unequivocally confirm that the landforms they discovered were actually formed as a result of asteroid impacts.

Thanks to data from NASA spectrographs that were installed on board the Cassini, Nash and her colleagues received the first confirmation of this. In three craters on Titan – Afekan, Soi and Forseti – astronomers have discovered deposits of rocks unusual for the satellite. They consisted of water ice and frozen organics. The fact is that on the surface of Titan, pure water is practically not found. However, as scientists suggest, it forms the basis of its crust, mantle and other layers of the bowels.

Photos of these craters indicate that water can enter the upper layers of Titan’s soil, as well as into its atmosphere, due to the fall of asteroids. At the same time, according to scientists, the heat that arises due to this causes water and the surrounding organic molecules to react with each other. To form more complex substances, including potential “building blocks of life” – substances from which living organisms can subsequently form.

Naish and her colleagues, who are involved in the development of the Dragonfly mission, hope that this lander can study similar craters and see if they contain such substances.