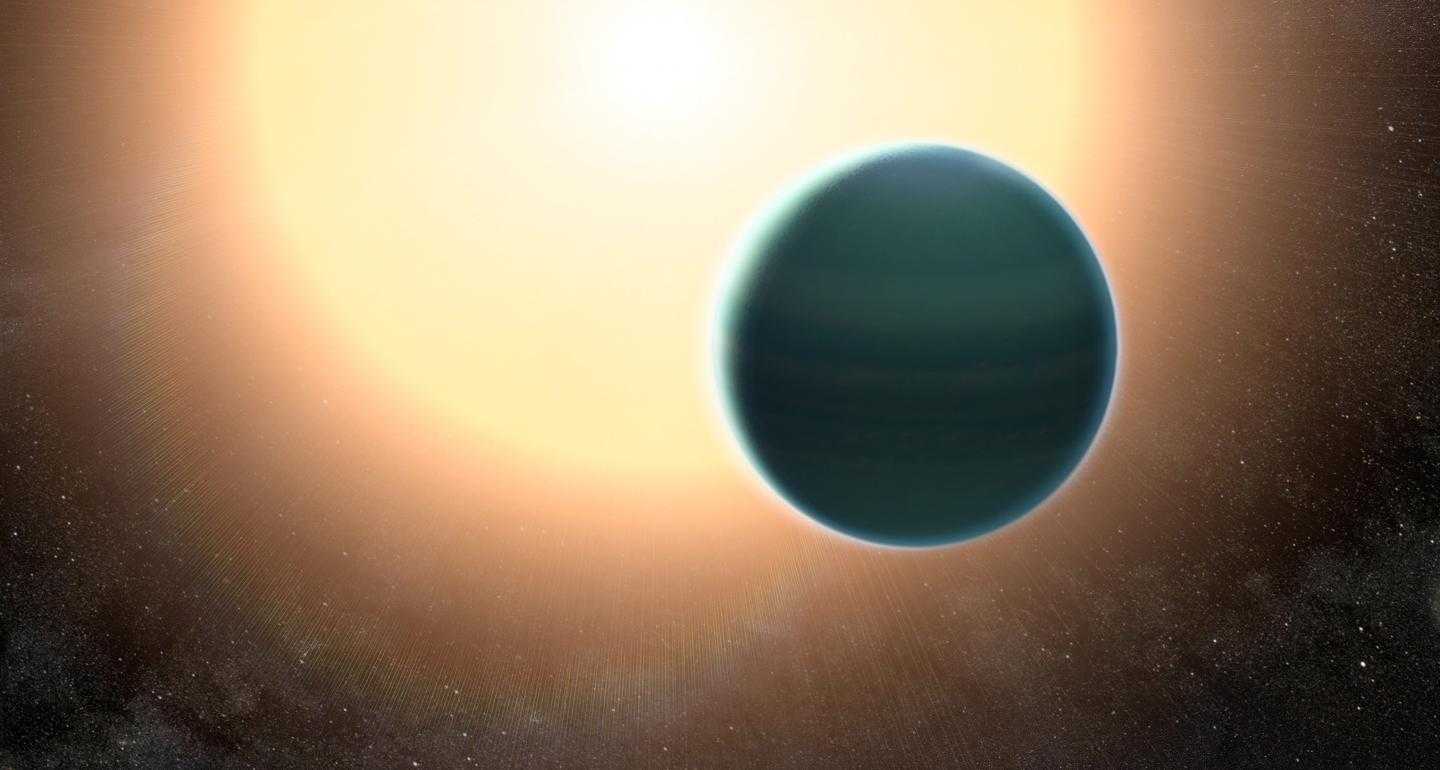 Typically, in the search for exoplanets, one of two methods is used: analysis of Doppler shifts or transit method. In the first case, the Doppler effect consists in the observed “wiggle” of the star under the influence of the planet’s gravity. Doppler bias makes it possible to know some parameters, for example, to limit orbit, mass and size, but are not designed to determine the composition of exoplanets. The transit method is based on fluctuations in the luminosity of the star during the passage of the celestial body before its disk.

Unlike Doppler, transit, provided a sufficiently large planet, provides the possibility of studying the gas shell. When passing in front of the stellar disk, depending on the composition of the shell, a specific part of the light is absorbed. In particular, characteristic absorption bands corresponding to the infrared region of the spectrum have carbon dioxide and water. By comparing the spectrum before and during transit, scientists can predict the composition of the exoplanet atmosphere with high accuracy.

The HAT-P-26b exoplanet belongs to the class of hot Neptune and is located about 430 light-years from the Earth. The equilibrium surface temperature on the planet is estimated at 730 degrees Celsius, and its sidereal period (around the orange dwarf) is about 4.2 days. To record traces of water in the atmosphere of HAT-P-26b for the first time it was possible in 2015 – for this purpose ground observations and data of the telescope “Spitzer” were used. At the same time, the density of its atmosphere due to low acceleration of free fall is unknown. 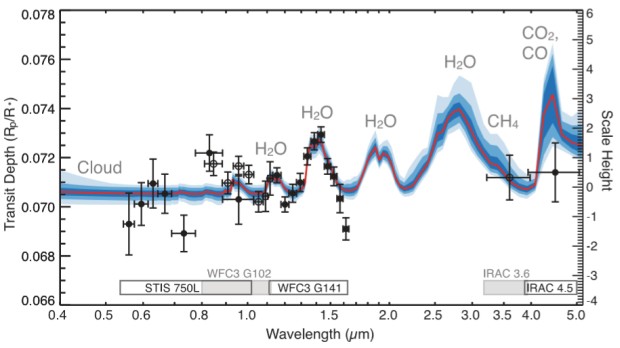 For the observations of the HAT-P-26b, the authors of the new article used the data of the Hubble telescope. They studied transits in the near infrared and visible ranges and recorded new absorption bands, characteristic of gas shells in which water is present. Also, the group determined the metallicity (the proportion of elements heavier than helium) of the planet’s shell. Taking into account the measurements made earlier for the solar system and other exoplanets, they revealed a regularity: metallicity negatively correlates with the size of the object.

It is known that the number of heavy elements on Neptune or Uranus is much higher than on Jupiter. However, the HAT-P-26b does not correspond to this trend: at sizes similar to Neptune, the metallicity of the exoplanet is comparable to that of Jupiter. According to scientists, the specificity of the object may indicate that its evolution for unknown reasons has proceeded in a different way. Probably, before HAT-P-26b did not encounter planetesimals, but now its gas shell remains in an early state.

The authors also note that the detail with which HAT-P-26b is studied is unique to exoplanets. Earlier, an international group of astronomers from Sweden, Germany, Britain and Italy confirmed the presence of an atmosphere near the earth-like exoplanet GJ 1132b. Located 39 light years from Earth, it has a mass and radius exceeding the terrestrial in 1,6 and 1,4 times, respectively.