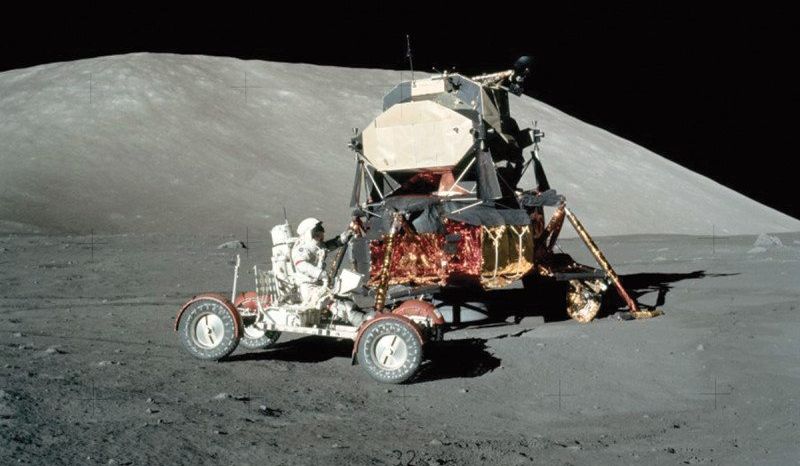 The German company PTScientists seriously conceived to send pair of rovers to the Moon, and it is planned to land on the Moon just in that place where in 1972 the American astronauts from the Apollon-17 spaceship made landing. Germans want to visit the place of final sixth disembarkation of people to the Moon and to visit the lunar buggy left there Americans. The space mission will become possible thanks to financial and technical support from Audi automobile company.

“It is interesting how there the American buggy lives. Whether it was torn to pieces by asteroids for these years or and costs on the same place from that day when it was left there? This very interesting place for landing as it seems to us” — one of mission managers Carsen Becker comments.

Flight to the Moon is planned for the end 2017 or for the beginning of 2018. The company wants to send the rovers to the natural satellite of Earth by means of the SpaceX Falcon 9 rocket. Earlier the company became one of winners in the tender Google Lunar X Prize within whom among numerous participants the most perspective producers of moon rovers got out. The American lunar buggy not just like that interested scientists. The research will allow to understand it, long stay on the Moon is how harmful to mechanisms and materials, and also its adverse conditions are how dangerous.

In respect of a mission landing at distance in 3-4 kilometers from an arrangement of the buggy appears. After that scientists plan to approach an object approximately on 200 meters. Closer, most likely, to approach it won’t turn out in connection with features of a landscape. It is necessary to research an object remotely from this distance. Rover will be equipped with special camera with three lenses which will allow to study the buggy in several lengths of light waves. In addition, specialists of PTScientists plan to perform measurements of gravitation in the place of landing of astronauts of “Apollona-17”, and also to execute some other experiments.