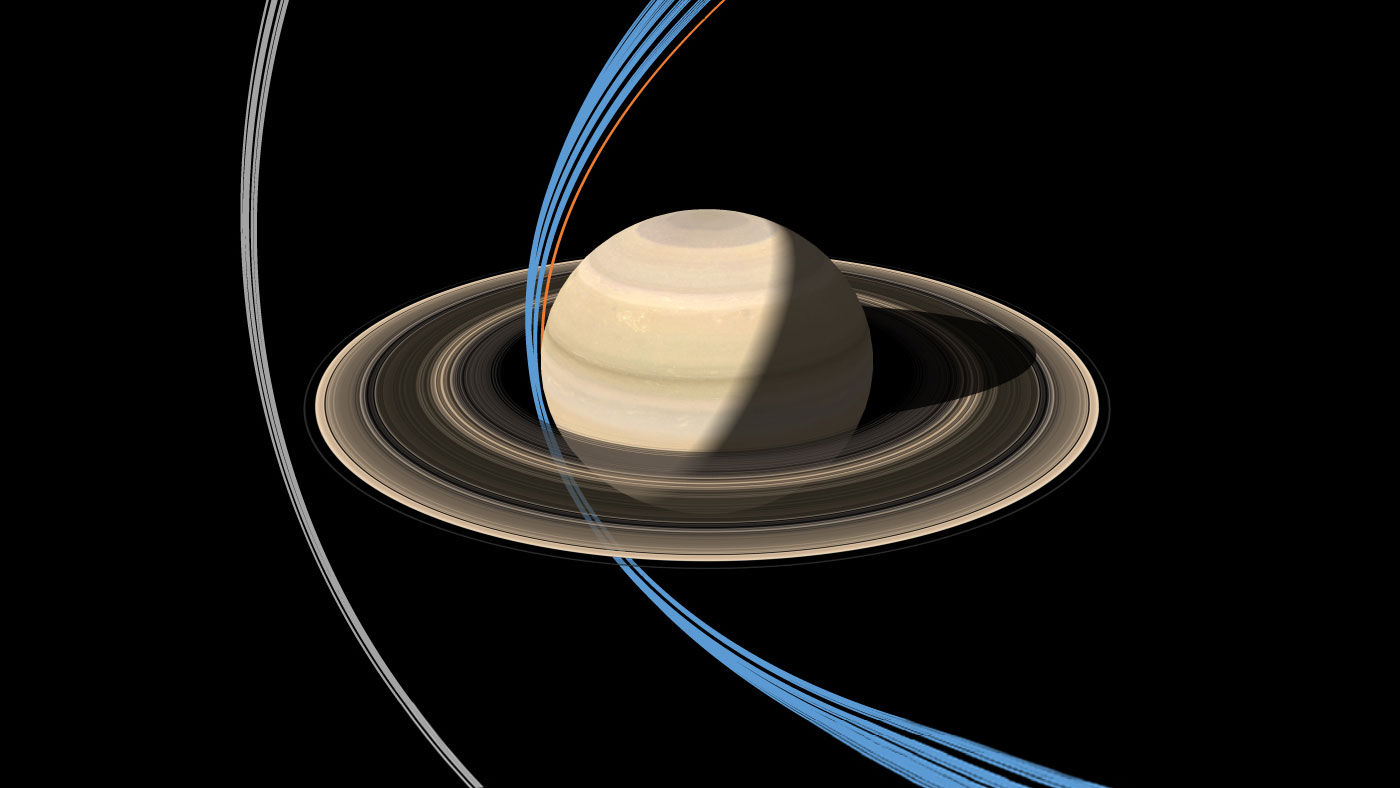 The orbital Saturnian office of NASA of Cassini has made the first flight by an outer edge of rings of Saturn, considering from the beginning of the penultimate stage of a mission starting on November 30.

Cassini has crossed the plane of rings of Saturn on December 4 at 5:09 in the morning local time of the Pacific coast of the USA of PST (13:09 GMT), being at distance about 91000 kilometers over the level of clouds of Saturn. Here the dim, dust ring formed by small satellites of the planet Janus and Epimetey and lying only in 11000 kilometers from the center of a ring F Saturn settles down.

Approximately in one hour prior to crossing of the plane of rings this spacecraft has made short-term ignition of the main engine which proceeded within prmerno six seconds. Approximately in half an hour after that of Cassini has closed the dome-shaped protection of the engine to avoid his possible damages.

Several hours prior to crossing of the plane of rings of Cassini Saturn has begun to scan rings of the huge planet by means of the radio experiment established on its board.

Each orbital round of the device “Cassini” from the rest of a mission will proceed within one week. The following passing by an outer edge of rings is planned for December 11. Cassini will move on these orbits, being on which the device will study rings of Saturn, till April 22 when the last close flight by the largest satellite of Saturn of Titanium changes an orbital trajectory of the probe.

On September 15 the planned mission final during which the probe “Cassini” will be sent straight to the atmosphere of Saturn will take place, plunging into which will transfer scientific data on its structure to Earth until the signal isn’t gone.