The probe “Cassini” has photographed a storm on Saturn 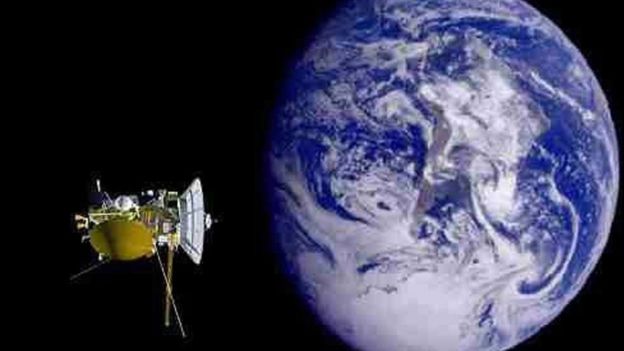 On new photos the storm storming in an upper atmosphere in the northern hemisphere of Saturn is imprinted – its outlines look as a hexagon. 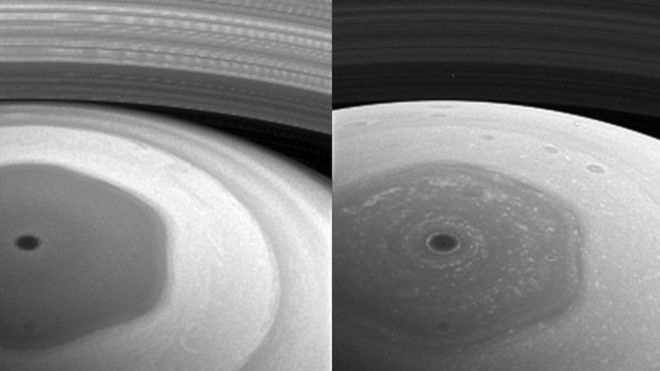 In the nearest future scientists hope to receive the pictures made by the station during passing through external rings of Saturn.

In November the final stage of a scientific mission of Cassini-Huygens for a research of Saturn and its satellites which continues 12 years began. Nearly seven more years left on reaching from Earth Saturn.

The other day Cassini flew by through the well-known rings of Saturn, before it the station came very close to the surface of Titanium.

Last fall the device passed in close proximity to the surface of other satellite of Saturn, Enceladus covered with ice to research its hydrothermal activity.
Risk maneuvers

Since 2004 Cassini repeatedly approached various satellites of Saturn, sending data on their structure to Earth. Radio signals with Cassini go to Earth about 80 minutes.

In the next months the station will make a number of risk maneuvers, several times changing an orbit and a trajectory, in total having passed over 20 times through rings of Saturn.

In 2017 when the fuel reserve is exhausted, Cassini will be sent to the atmosphere of Saturn – presumably, it will occur on September 15.

According to scientists, during decrease the space station will strongly heat up, will begin to melt and as a result will collapse from strong pressure.

Cassini-Huygens is a joint project of NASA and European Space Agency.

The mission is called in honor of great astronomers of the 17-18th centuries – Jeanne Dominica Cassini and Christiaan Huygens.

Within expedition in 1997 to Saturn the space station “Cassini” and the Huygens lander which researched the surface of Titanium were started.