The probe Dawn has sent new pictures of Ceres 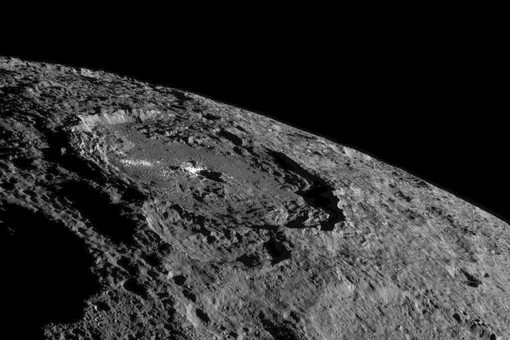 The NASA Dawn spacecraft has sent new photos of the dwarf planet of Ceres in which orbit it moves since March, 2015 to Earth. Reports about it to NASA.

At the time of shooting the probe was in 1480 kilometers from the planet – at height which it has reached at the beginning of October, having risen from lower orbit. In a picture – a crater Okkator in the center of which the bright spot is visible. This bright spot represented a big riddle from the moment of arrival of the probe, later it has become clear that it consists of various salts.

On November 4 the device has begun transition to the sixth scientific orbit (7200 kilometers) with which he will specify earlier collected data.