The probe “ExoMars” took a photo of the Martian clouds 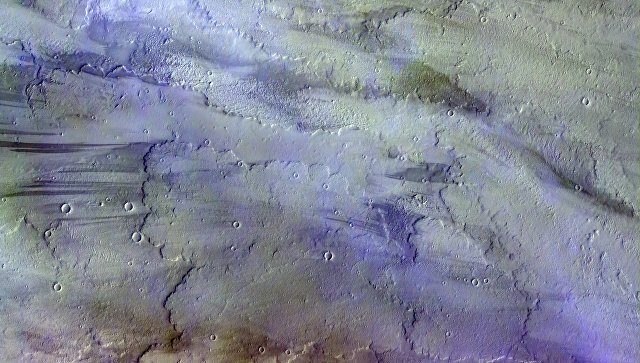 The European-Russian probe ExoMars-TGO transmitted one of the first color photos of the Martian clouds received by the spacecraft to Earth almost immediately after arriving to Mars in the autumn of last year, ESA reports.

The joint Russian-European mission of ExoMars-TGO arrived on the red planet on October 19 last year. She had to solve two critically important tasks: to bring the TGO probe to a stable orbit and to land the demonstration module “Schiaparelli” on the Meridian plateau at the equator of Mars. Landing “Schiaparelli” ended in failure.

In addition to solving scientific problems and uncovering the mysteries of the atmosphere of Mars, TGO will also perform another important task – to play the role of a bridge between the Earth on the one hand, and the European rover Pasteur and the Russian landing platform on the other, which will be sent to Mars tentatively in the year 2020.

Now the probe passes a rather long and routine braking procedure, within which it uses the friction produced when passing through the upper atmosphere of Mars, in order to slow itself down and reach the calculated trajectory of work. Before the beginning of this procedure, “ExoMars-TGO” received several photographs of the surface of Mars and checked the work of all of its scientific instruments.

During this test, the probe smiled luck – in late November last year, he was able to photograph “real” Mars clouds, flying over the volcanic plateau of Tarsida. These clouds, scientists suppose, consist of the smallest ice crystals, and their study can help planetary scientists understand where the Martian water and atmosphere disappeared.

In addition to the clouds, in these photos you can see other interesting objects – dark crevasses, which arose as a result of wind erosion of rocks, and sand deposits, driven from place to place by Martian winds. Due to the relatively low altitude of the probe’s flight, about 1800 kilometers from the surface of Mars, each pixel in the photograph corresponds to a square of 20 meters.