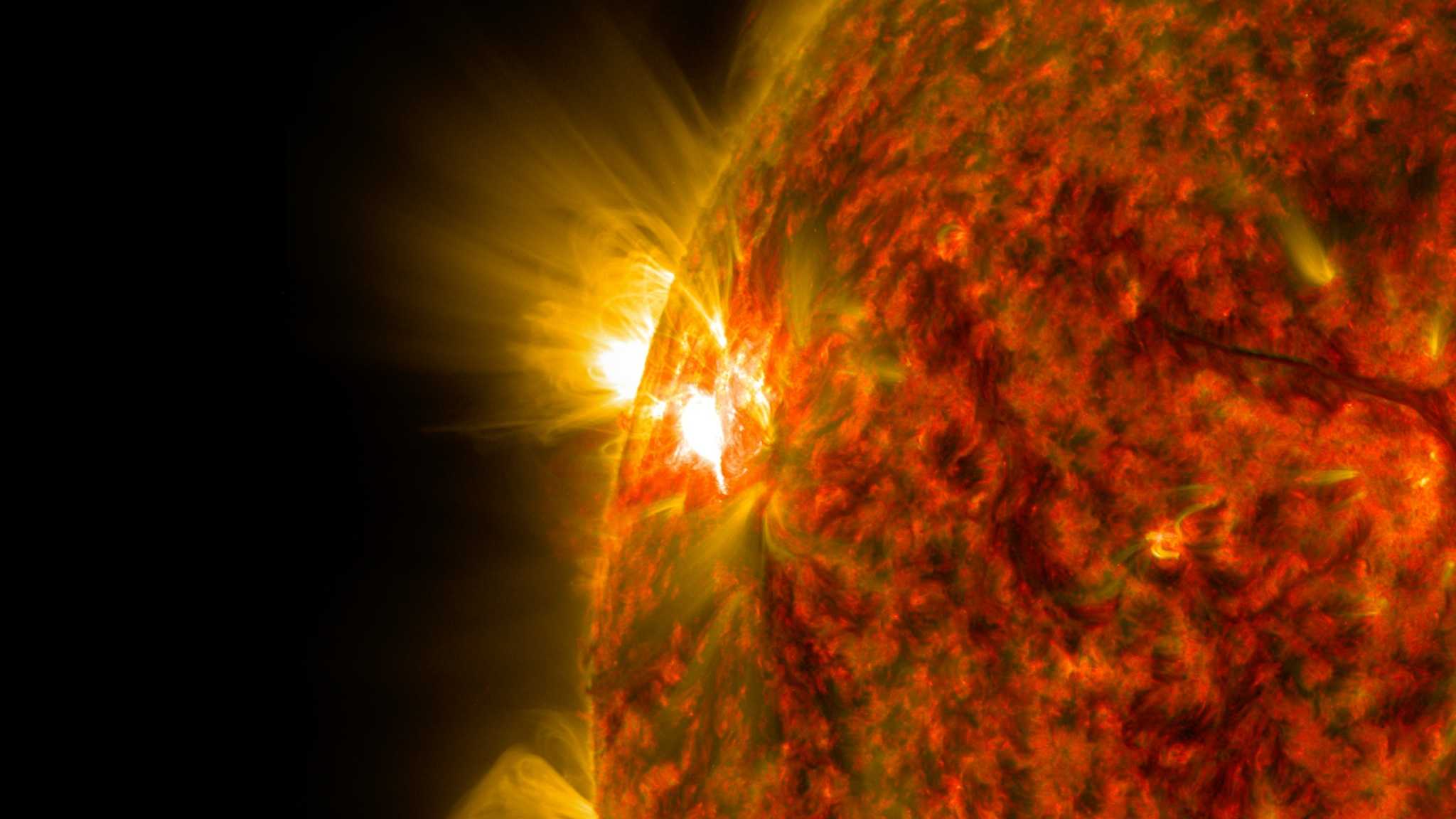 Some solar flares respond to a powerful stream of high-energy radiation from the opposite side of the star.

The sun, of course, covers a huge mass of plasma everything on its opposite side. But still some flare that occurs in the part of the star can appear as bright streams of high-energy photons. They fixed us space telescope Fermi, leading to the observation of the sky in the gamma range. About this astrophysicist from the Institute Kavli Omodei Nicola (Nicola Omodei) and colleagues report in a paper published in the Astrophysical Journal.

These “flashes from outside the solar limb” (behind-the-limb flares) were observed before, but during the work of Fermi, which monitors an entire hemisphere of the sky in gamma rays, the number of observations doubled. Supplementing this with data that gets the mission STEREO Sun-observing from the back side, the scientists were able to link directly to the flash that occur beyond the horizon of the stars and their “gamma-echo” on the visible part. However, the emergence of this “echo” isn’t much of a mystery to astronomers.

Solar flares are associated with the recombination of magnetic fields of the star and lead to the release of powerful streams of particles (mostly protons) accelerated to almost light speed. Some of them quickly fly off into space, and sometimes getting to the Earth’s magnetosphere, and the other, moving along the magnetic field lines of the Sun, again cut into its surface. These attacks, apparently, give rise to outbreaks in areas located at a great distance from the epicenter.

“Radiation is created by particles raised by the flash on the opposite side of the Sun – adds Nicola Omodei. – They cover about 300 thousand km in five minutes to produce radiation.” For the first eight years of operation Fermi in orbit, he recorded more than 40 outbreaks “over the horizon”. Three especially striking was registered in 2013 and 2014: the Sun, usually not too bright in the gamma-band for a while became one of the most powerful gamma-ray sources that Fermi has seen. Well, the record was marked in 2012 when our star continued to emit gamma photons for a long 20 hours.

Impressive plasma discharge was recorded in the Sun on September 1, 2014, and Fermi has registered his “gamma-echo”