The probe “Hayabusa-2” began rapprochement with the asteroid Ryugu 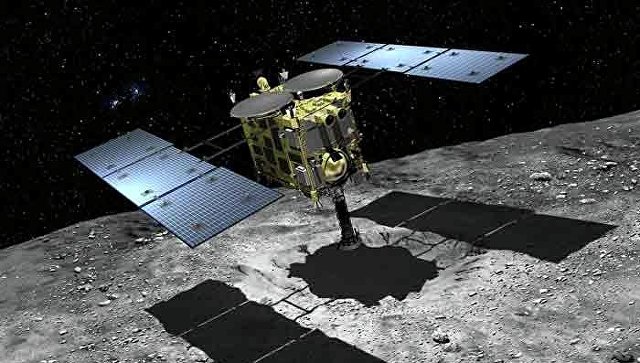 The Japanese probe Hayabusa-2 successfully completed the last series of maneuvers and overclocking procedures, which brought it to the “finish line” on the way to the Ryugu asteroid. His study will begin in the coming weeks.

“The last, third phase of the Hayabusa-2 acceleration was completed this weekend – the engines worked for 2426 hours and dispersed the apparatus at 393 meters per second.When the probe approaches the asteroid, we will determine their exact position using radio and optical navigation systems” , – representatives of the agency noted.