The probe “Juno” photographed clouds of the northern belt of Jupiter 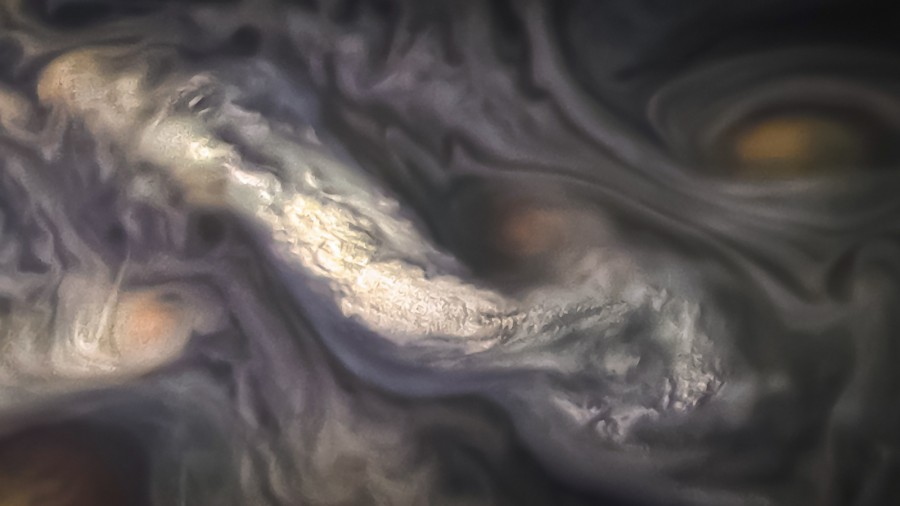 This image of the Juno apparatus shows an atmospheric formation in the upper layers of the Jovian atmosphere. It is surrounded by clouds from the Northern Temperate Zone. This is the name of one of the gas belts of the gas giant, located in the area of ​​its north pole.

The atmosphere of Jupiter consists mainly of hydrogen and helium. It does not have a clearly defined border. As the pressure increases, hydrogen gradually turns into a liquid state. The data collected by “Juno” on the gravitational field of Jupiter helped scientists better understand how its atmosphere is arranged. According to the measurements, the thickness of the gas belts of the gas giant is about 3000 km. Below this mark, the rotation of the substance already corresponds to a solid body.

The presented photo was made on July 15, 2018 during the 14th rapprochement between Juno and Jupiter. At the time of shooting the device was at a distance of 6200 km from the tops of Jovian clouds. The image was processed by astronaut Jason Major.