The problem of space debris worsens 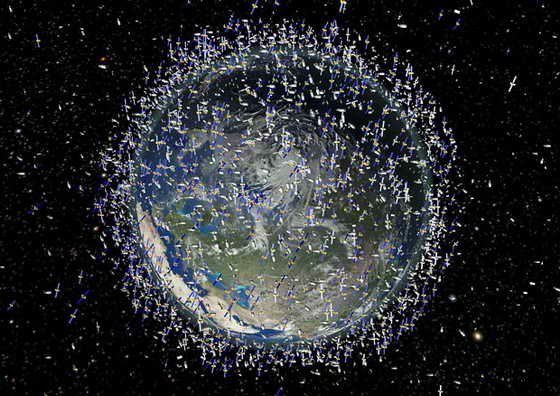 Scientists this Tuesday sounded the alarm because of the worsening of the situation with space debris, which is in orbit and is a problem for space missions – fragments accumulating over six decades of space exploration by man.

In less than a quarter of a century, the number of fragments in orbit that are large enough to destroy a spaceship has more than doubled, was reported at a conference held in Germany.

And according to estimates, now the number of tiny objects – which can damage the spacecraft in the event of a collision, but is difficult to detect – is about 150 million.

“We express very serious concern,” said Rolf Densing, the operational director of the European Space Agency, calling for an international effort to unite efforts to combat this problem.

Moving at speeds of up to 28,000 kilometers per hour, even a small object in a collision transmits enough space to damage a satellite or other human-made spacecraft.

Today in space, according to the reports of the participants of this conference, there are approximately 5,000 objects with dimensions of more than 1 meter and approximately 20,000 objects measuring over 10 centimeters. In addition, there are about 750,000 “flying bullets” in orbit, the size of which is about one centimeter. Objects less than one millimeter in size, according to estimates made in accordance with the computer models available to NASA scientists, about 150 million are in orbit.