The project of a new mission for the study of Titan 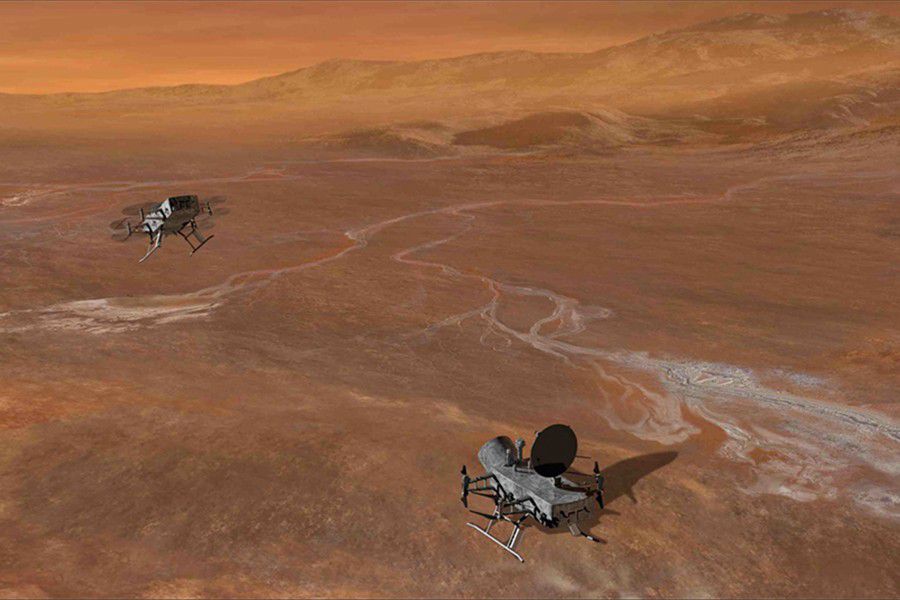 The Laboratory of Applied Physics of the Johns Hopkins University, USA, presented a proposal to NASA that describes the concept of an ambitious new mission of the New Frontiers class, which includes a dual-quadrocopter equipped with scientific tools for a radioisotope generator to investigate potentially inhabited places on the surface of Saturn’s largest satellite, Titan.

This mission, called Dragonfly (“Dragonfly”), has already been repeatedly announced earlier. The device will be able to make numerous flights in the dense atmosphere of Titan, consisting mainly of nitrogen (95 percent) and methane (4 percent) to explore various locations on the surface of the Saturn satellite using a set of scientific instruments.

The proposal of the Laboratory of Applied Physics includes the following scientific instruments that will be installed on board this landing module:

– Mass spectrometer, which will allow to establish the chemical composition of the substance of the surface of the satellite of Saturn and its atmosphere;

– Gamma-spectrometer capable of analyzing the chemical composition of a substance located shallow in the near-surface layer;

– A set of cameras to obtain information about the geological and physical nature of the surface of Titan, as well as to search for possible landing zones for the apparatus.

Later, this fall, NASA plans to select one of the proposals collected under the New Frontiers program for further study. Only one of the proposed missions will be selected for dispatch as the fourth mission of this program to study planets and their satellites; The first mission on this list of missions is the famous mission of New Horizons to Pluto and the Kuiper belt. The final selection of proposals for this program is expected in mid-2019.