The public chipped in to study the alien “Dyson Sphere” 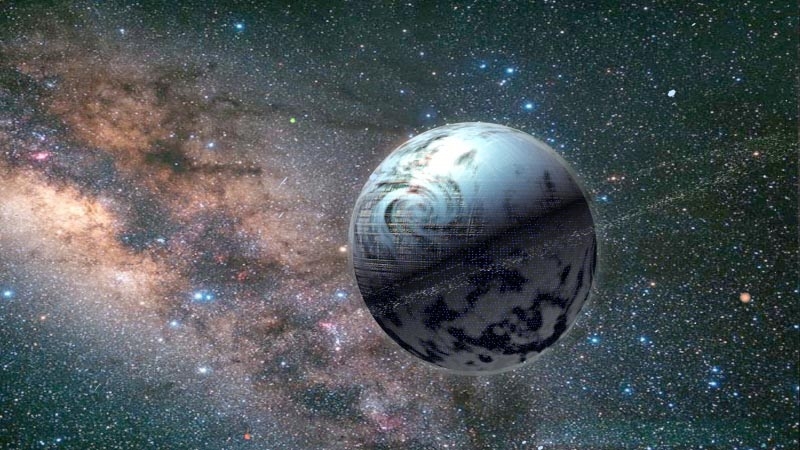 The project continuous annual research object in the system KIC 8462852 stars are considered as the most likely candidate for the presence of a number not just any life, but it is a an advanced extraterrestrial civilization — a successful collection of the necessary funds.

Some scientists have made in respect of it is quite staggering assumptions — within the system can appear alien mega structure.

The campaign to raise funds needed for research, began in may. Its initiator is the astronomer Toby Boyajian of Yale University. 30 days on the project has raised $ 100,000, the last $ 10,000 investors have made in the last 100 minutes before the end of the campaign. The next step will be financial logistics, however, Boyajian, is a leading researcher KIC 8462852, said that the monitoring system can begin this summer.

The key objective of the project is to address the most important question: why the light of the star dims in unequal intervals of time, and its luminosity decreases up to 20 percent. Such an unusual and large changes in brightness can not be easy to explain to a passing star the planet, and hence other possible culprits of this phenomenon can be a swarm of comets, warp stars, some as yet unknown astronomical phenomenon, or… an advanced space civilization, engaged in the construction of a giant structure around this star (we are talking about a hypothetical Dyson sphere).

Thanks to collected funds, Boyajian has an opportunity for a year to have access to the new automatic telescope LCOGT. If the system is part of the annual monitoring will be discovered other anomalies, information about it will immediately go to the other astronomers who will be able to check independently using their telescopes.

The most important task now is to obtain more accurate and complete data as well as the repetition of already existing findings in relation to this system. First KIC 8462852 was discovered civilian scientist who independently conducted research on data collected by the space telescope “Kepler” in the period from 2009 to 2013. Therefore, to obtain new data on the system — preferably in real time — it would be very handy. If the brightness of the stars will again be discovered “failures”, then astronomers will be able to develop a more accurate scheme observations and come to the most probable answers to questions.

Last year, among other things, remember the serious debates on the subject whether in the system KIC 8462852 space mega structure or even a Dyson sphere. There is speculation that even with a Dyson sphere it hardly covers the entire star, which in turn will not prevent the scientists to pick up signals that can prove or disprove its existence. If a star is surrounded by scaffolding future scope, they should definitely drop the note signals in the form of a warm black body radiation. The Dyson sphere is designed to collect solar energy. If the sphere only partially surrounds the star, we can see this in the form of abnormal but distinct radiation signature.