The recently discovered asteroid turned out to be double 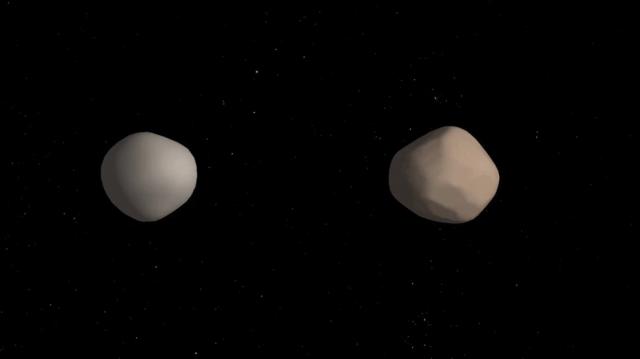 New observations conducted by the three largest radio telescopes revealed that the asteroid discovered last year actually consists of two identical objects revolving around each other. Each of them has a diameter of about 900 meters, reports NASA.

Near-Earth asteroid 2017 YE5 was first seen on December 21, 2017 as part of the project Morocco Oukaimeden Sky Survey. However, scientists did not know about its physical characteristics until the end of June this year. 2017 YE5 became the fourth dual system consisting of almost identical asteroids.

June 21, 2017 YE5 approached the Earth at the closest distance in the next 170 years – 6 million km, which is 16 times the distance between the Earth and the Moon.

The first “double nature” of the asteroid was observed by the radio telescope of the Goldstone Observatory in California. However, until the last moment, scientists did not know that the object does not consist of two parts, but represents two separate asteroid. After observing scientists from the Arecibo Observatory and the Green Bank observatory, it became clear that the 2017 YE5 is not one but two objects. According to the researchers, they do not reflect light as well as other asteroids, most likely, the surface of a double asteroid is as dark as coal.