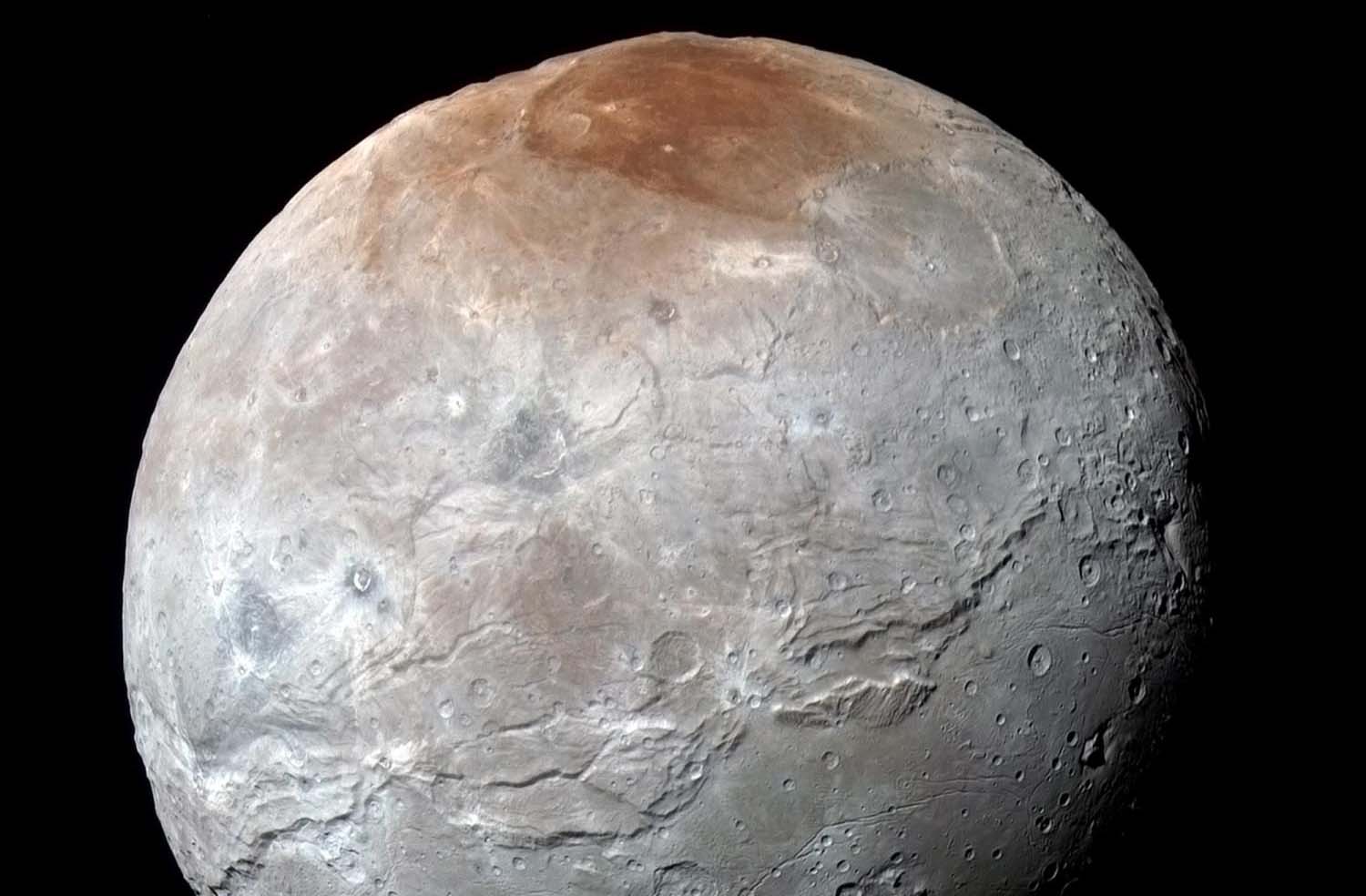 In June 2015, when the cameras installed on the spacecraft NASA New horizons approaching Pluto, first noticed large red spots in the polar regions the largest satellite of Pluto is Charon, the scientists of the mission probably know two things: the first is that they have never seen before in the Solar system anything like it, and second, they want to solve this mystery as soon as possible.

In the past year when the satellite New horizons has transmitted to Earth pictures and other scientific information obtained during its historic flyby of Pluto, which took place in July 2015, scientists could finally solve the riddle. As the researchers write in the new work the red hue of the poles of Charon associated with the Pluto – or rather with the atmospheric gas of Pluto’s methane, which, leaving the atmosphere of Pluto, captured by the gravity of Charon and is deposited in solid form near its poles. There, under the action of ultraviolet radiation from the Sun transformirovalsya methane to heavier hydrocarbons, tolin, and misleading shade of red deposits of methane, the authors of the article.

“Who would have thought that Pluto is the artist –the graffiti artist who painted on the surface of its companion Charon giant red spot is about the size of new Mexico?, asks will Grundy, a research participant from Lowell Observatory, Arizona, USA, and lead author of the new work. – Each time exploring nature, we find surprises. Nature is surprisingly inventive uses basic laws of physics and chemistry, creating with them a great space landscapes”.