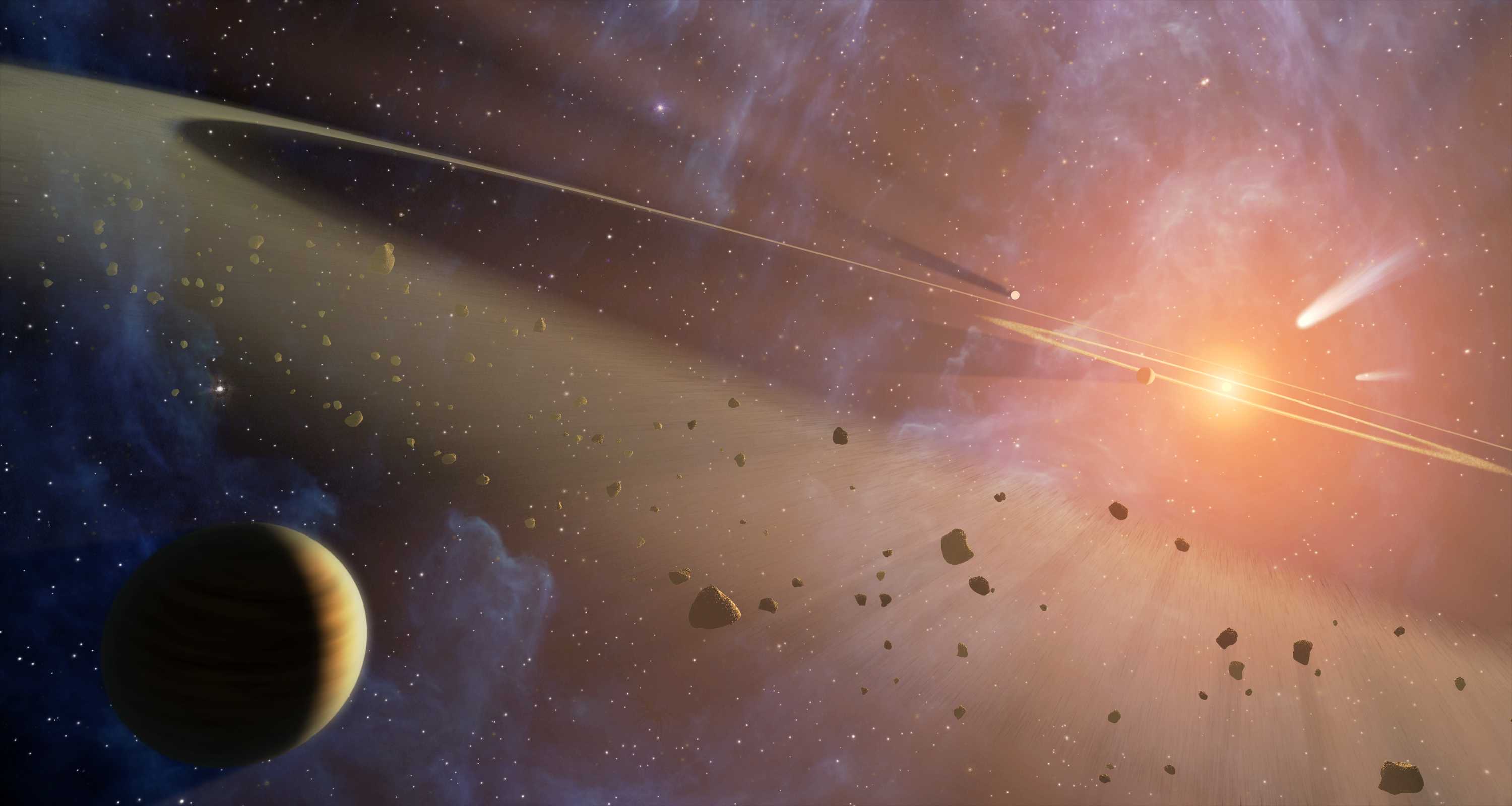 The young solar system was a much more restless place than today. The star itself was not so stable, many more comets and asteroids, dust, planetesimals and the planets themselves moved around it. The remains of a small “extinct” planet were discovered by astronomers of the planetarium of Northern Ireland Apostolos Christou and Galin Borisov.

In an article published by Monthly Notices of the Royal Astronomical Society, scientists are drawing attention to populations of Mars’s Trojan asteroids. Gravitationally related to the planet, they move with it in orbit around the Sun, remaining at points where the planet’s and Sun’s attractions are mutually balanced. The Trojans are known from Jupiter, the Earth and other planets, Mars found them a little less than a dozen.

Christo and Borisov used the X-SHOOTER spectrograph installed on the Chile-based VLT telescope, as well as the Bulgarian telescope Rozhen for observations. The objects for the work were the Martian Trojans (385250) 2001 DH47 and (311999) 2007 NS2, which the scientists compared to another large object of this group – (5261) Eureka.

Eureka is the only Trojan asteroid of Mars, remaining at point L5 and moving in orbit just behind the planet; The remaining 7-8 asteroids are in L4 and move ahead of Mars. They are shared by millions of kilometers, however, the composition of all three bodies was extremely close. The spectrum obtained in the visible, as well as in the near infrared and ultraviolet ranges, allowed objects to be assigned to asteroids of a fairly rare class A, rich in olivine.

The authors of the article talk about the possible reason for such closeness. Most likely, it is related to the common origin of all three asteroids. All of them can be the remnants of planetesimals, the “germ” of the planet, which once formed in the interior regions of the solar system, but could not grow to a full planet, and fell apart before Mars formed itself. Some of these fragments have survived to this day, like fossils that have not survived any species extinction.