The researchers assessed the history of mankind 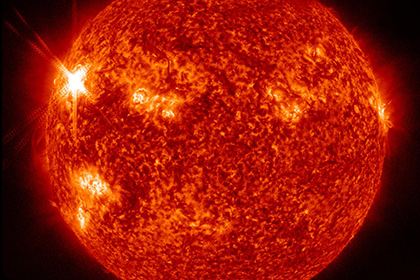 Astrophysics from Harvard and Oxford universities estimated the existence of life around suitable stars. Preprint published on the website arXiv.org.

The existence of life on the planet near the star has the same order as the lifetime of the star itself. This is true for the case when the light will not be destroyed by another celestial object (e.g., will not fall into a black hole).

Life is possible in the vicinity of the star, which in 0.08-3,70 times heavier than the Sun. The lighter the light, the longer near him might have life. For example, red dwarfs (the two lightest and most common in the Universe a small star), there may be about ten trillion years. It is associated with a stable synthesis of helium from hydrogen, and such luminaries of the impossibility of further thermonuclear fusion reactions involving helium. 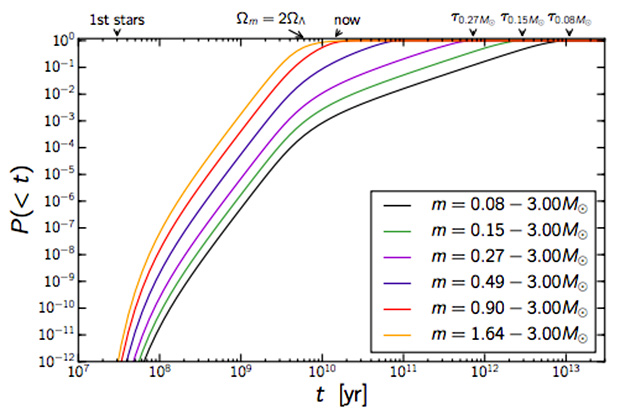 The lifetime of stars of different masses

In the case of sun-like stars, the situation is more complicated. In the course of their evolution they undergo different stages of development (yellow dwarf, subgiant, red giant and after about ten billion years since the birth of white dwarf). For example, the stage of subgiant the Sun will reach when he will be about 11 billion years old (in approximately 6.5 billion years), but before that change the Sun can make the Earth uninhabitable.

The first stars in the Universe originated after 30 million years after the Big Bang. Explosions of supernovas led to the formation of second generation stars, which were able to generate in their surrounding planetary systems, some of which may be habitable. This, according to scientists, defines the lower limit for the time of origin of life in the Universe. The upper limit is determined by the period of existence of the most stable stars and is estimated at ten billion years.

In their study, the researchers tried using them entered the relative distribution of the probability of occurrence of life in the unit volume at a suitable planet to estimate the time of existence of life in a cosmological scale. According to scientists, the emergence of life around the light of stars more likely than near the Sun, the life with which probably arose too early.