The riddle of superdiffusion galaxies is solved 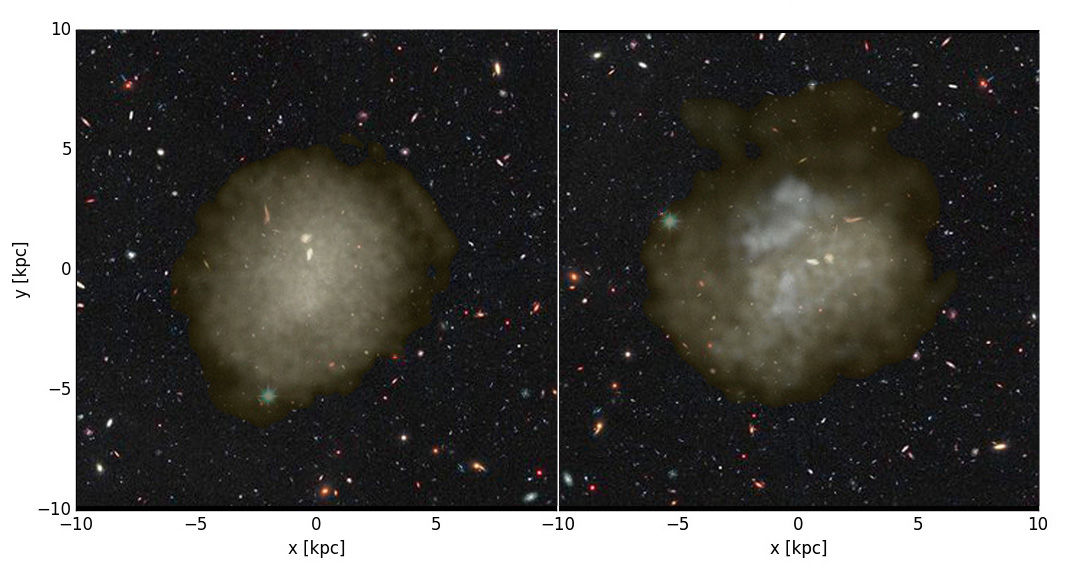 For the last year scientists observed several very dim, diffusion galaxies. These galaxies as dim as dwarfish galaxies, however occupy the huge volume of space, comparable with the space volume occupied by our galaxy the Milky Way.

Still for scientists remained a riddle how the galaxy so dim – containing sometimes is one thousand times less than stars, than contains the Milky Way, can be so wide. Today in the new research conducted by the staff of Institute of Niels Bohr of University of Copenhagen, Denmark it is shown that if when in a galaxy the large number of stars is formed, in her there is a set of explosions supernew, then it can lead to “pushing apart” of both normal, and dark matter that leads to expansion of a galaxy.

“Having recreated nearly 100 virtual galaxies, we have shown that when star formation in a galaxy is followed by a large number supernew, both normal, and dark matter of a galaxy is pushed out outside that forces a galaxy to extend. When in the extending area there is rather small number of stars, it means that the galaxy becomes dim and diffusion and therefore hardly gives in to observations by means of the telescope”, – Arianna Di Cintio, the astrophysicist from Niels Bohr’s Institute and the chief author of a new research explains.

These results indicate that at the Universe there are much more superdiffusion galaxies, than was considered earlier. In these galaxies dark matter dominates, and they are dwarfish galaxies which mass is 10-60 times less than the mass of a typical large spiral galaxy, such as the Milky Way.