The rings of Saturn stabilize his small moons 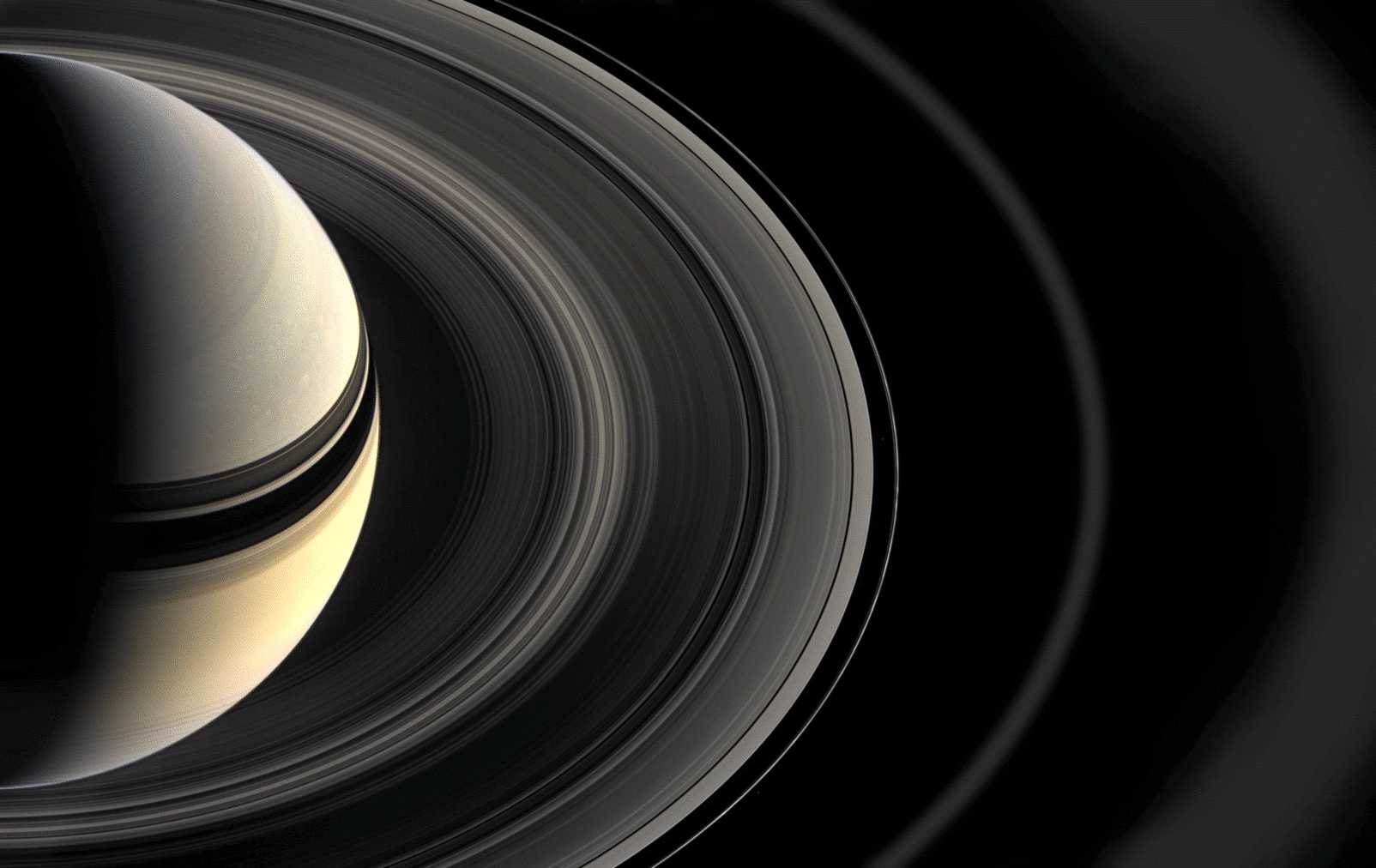 The new accurate data from the Cassini probe showed that the outer ring A of Saturn is stabilized not only by the close satellite Janus, but also by a group of its neighbors – seven moons all together.

Ring A – outer and largest of the rings of Saturn. On the far edge, Janus and Epimetheus, who move practically along a common orbit, are avoided, changing places from time to time. However, it is believed that it is precisely Janus that provides stability to the ring A, and without the influence of its gravity, it would have been dispersed by now.

However, observations of the recently completed Cassini probe have made it possible to establish much more accurately the masses, sizes, and orbits of Saturn’s satellites and rings. “Mathematically speaking, we concluded that the Janus satellite is not enough in itself to keep the rings from disintegrating,” says Radwan Tajeddine, an astrophysicist at Cornell University. The article of the scientist is being prepared for publication in the Astrophysical Journal. Briefly about the work done under the leadership of Professor Joe Burns (Joe Burns), says a university press release. 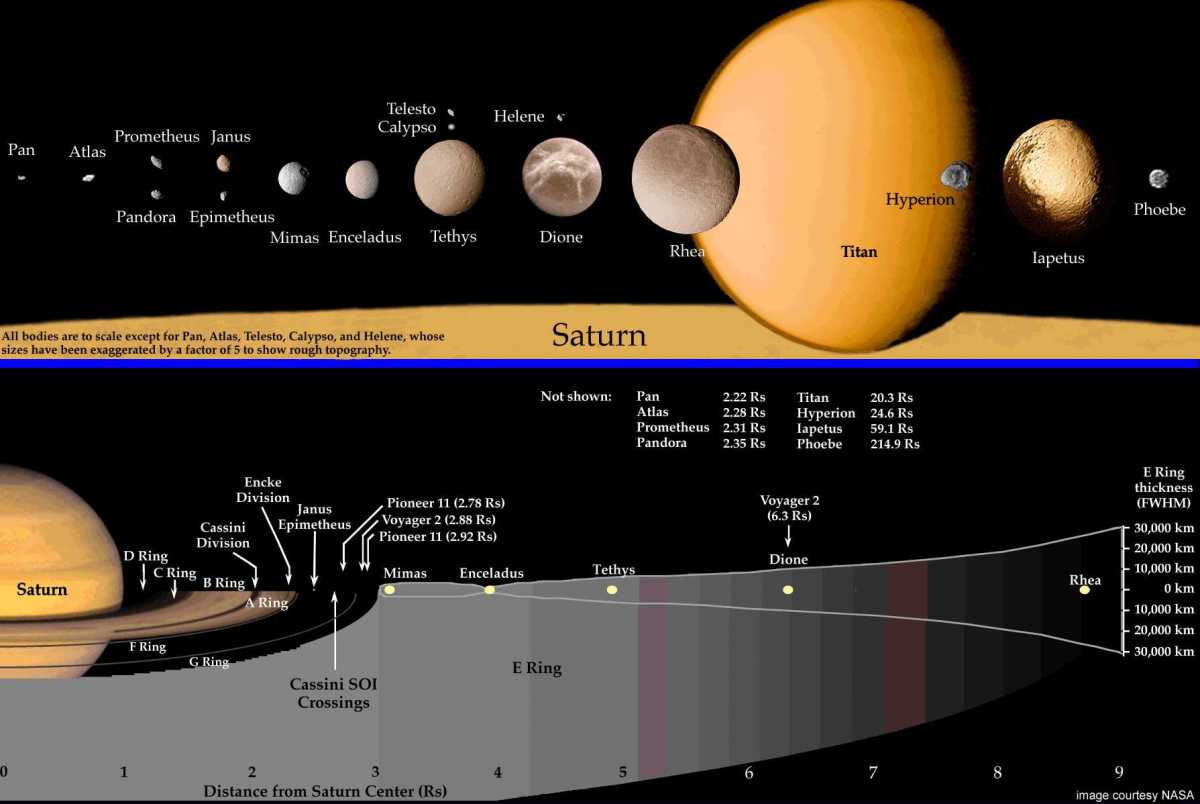 Above – the comparative dimensions of Saturn’s satellites (for the scale shown and the edge of the most giant planet). Below – the location of the rings and moons and their distance from the center of Saturn (in the radii of Saturn, Rs). Titan and other large satellites are far beyond the picture / © Wikimedia Commons

On the Cassini images of the ring A there are stripes of seals, waves diverging from the center. They are created by the action of orbital resonances between the planet, the ring and a whole set of small satellites that are adjacent to Janus and Epimetheus: Pan, Atlas, Prometheus, Pandora, Mimas. “They act the whole group, stabilizing the ring,” Tajeddin adds. “Together they are power.”

Scientists have registered hundreds of waves caused by orbital resonances, a complex game of “tugging” the particles that make up ring A, then one, then another companion. This process reduces the speed and torque of these particles, ensuring the stability of the ring. 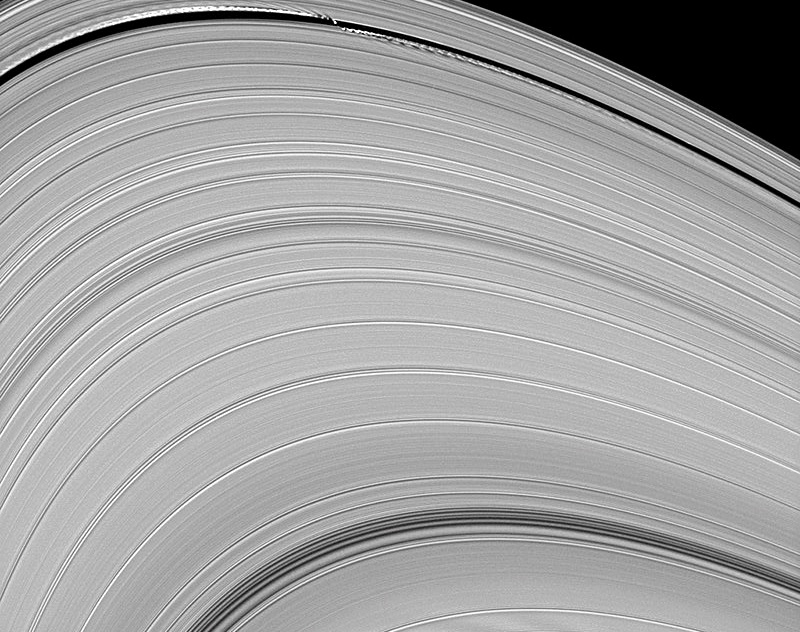 “This is the novelty of the whole idea,” Radvan Tadjeddin continues. “No one could imagine that the rings are held back by a distributed responsibility … Janus got all the laurels for it, but in relation to other moons it’s unfair.”