The satellite of Jupiter Europe surrounds the “crown” of hydrogen 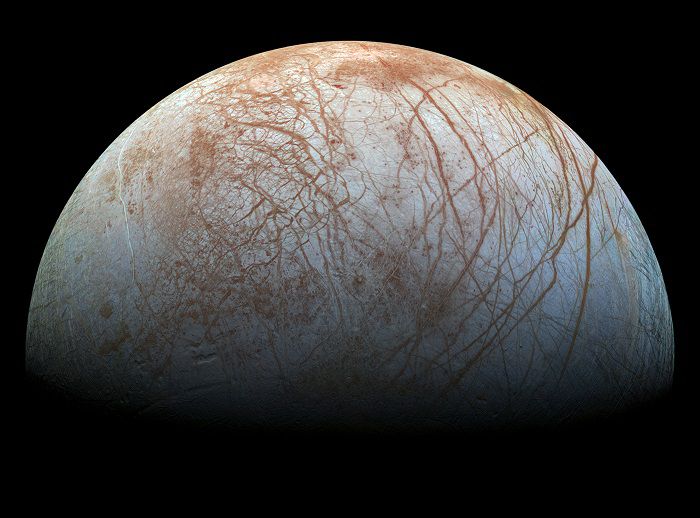 With the help of the space telescope “Hubble” astronomers have discovered a corona of atomic hydrogen surrounding an icy satellite of Jupiter Europe.

For a deeper study of the mystical atmosphere of Europe a team of astronomers under the leadership of Laurence Roth (Roth, Lorenz) from the Royal Institute of technology in Stockholm, Sweden, Europe observed in ultraviolet light with the help of Hubble in the period between December 2014 and March 2015, for which Europe has made six transits in front of the disk of Jupiter. Scientists wanted to see the local signals of water vapor in the atmosphere of Europe, but to his surprise found a large cloud of hydrogen surrounding the icy moon of Jupiter.

This new study confirms the value of the hydrogen concentration in the global atmosphere predicted in previous studies.