The satellite was transformed into a telescope that can look into the beginning of the universe. 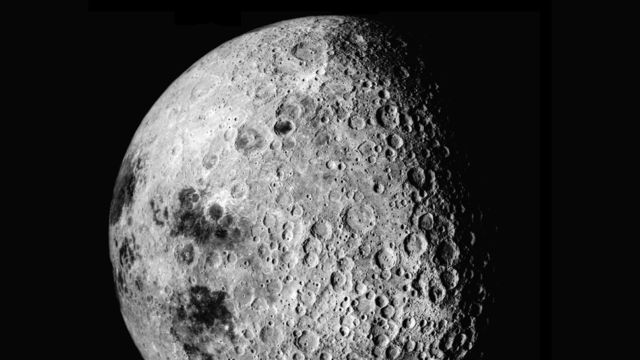 For the first time in the history of astronomy, a space radio telescope has begun collecting data from deep space from the far side of the moon – in a place free from Earth interference. These data may reveal the conditions of the early Universe.

The Low Frequency Explorer (NCLE) tool, developed jointly by the Netherlands and China, is located on the Chinese communications satellite Queqiao (translated as “The Magpie Bridge”). The satellite was launched in May 2018 to ensure communication of the Chang’e-4 lunar station and the Yutu-2 lander with the Earth. In January 2019, the station made the first ever soft landing on the far side of the moon.

The Queqiao satellite rotates in a halo-orbit around the Lagrange point L2 of the Earth-Moon system and can receive and transmit radio signals both from the Earth and from the far side of the Moon, but from our point of view it always remains behind the Moon. Since December 2018, the device has been used only as a communications relay for the Chang’e-4 mission. It was assumed that the NCLE radio telescope was deployed several months ago, but the operation was postponed due to the great success of the Chang’e-4 mission, which unexpectedly lasted after March 2019.

The China National Space Administration (CNSA) has now decided to move on to the next phase of the mission and transform Queqiao into a radio astronomy observatory, according to a press release from the University of Nijmegen. Currently, three 5-meter antennas operating in the radio frequency range from 80 kHz to 80 MHz are partially deployed.

Scientists hope to catch radio signals associated with the dark age of the universe – the period immediately after the Big Bang before the birth of stars. Radio signals from this embryonic era are considered the holy grail of cosmology, according to ISISpace. They cannot be detected from the Earth, since they are blocked by the atmosphere of our planet. These data can provide new information about the first stars and galaxies, as well as about dark matter and dark energy.