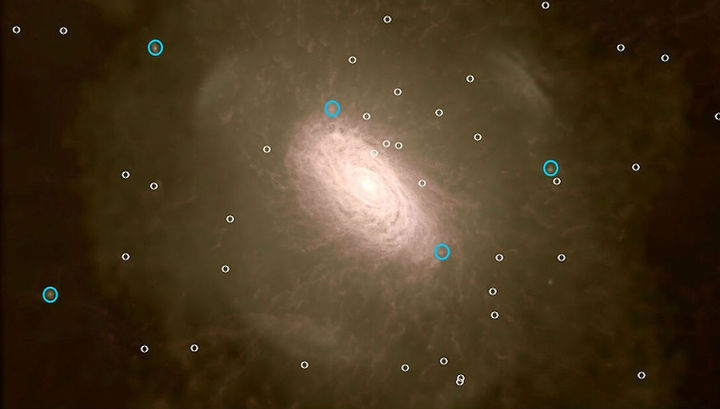 Some of the first star systems that have been formed in space are right under our nose. We are talking about several satellites of the Milky Way, whose age, as it turned out, exceeds 13 billion years. Such conclusions are set forth in a scientific article published in the Astrophysical Journal by a group led by Carlos Frenk of the Durham University in the United Kingdom.

Most specialists represent the process of formation of galaxies as follows. Approximately 13.7 billion years ago there was a Big Bang. In 380 thousand years the first atoms were formed, and basically it was hydrogen – the simplest element in the periodic table.

The oldest hydrogen was too hot. High temperature meant too fast movement of particles, which prevented the substance from starting to contract under the action of its own gravity. Therefore, hydrogen itself could not form clots at that time.

However, in the universe there was also much colder dark matter. She had already started gathering in massive clusters. Hydrogen was attracted to them, forming clouds. It was they who later became galaxies.

It is important that clusters of dark matter formed slowly enough (even by cosmic standards). At a time when clouds of hydrogen began to gather around them, they were still relatively small. Therefore, the first galaxies in the universe were dwarfish. Such giants as the Milky Way appeared much later, when dark matter gathered in really large structures, attracting a lot of gas.

Then the cosmos has not yet seen the starlight. After all, the luminaries are also formed from clots of gas, compressed due to gravity, only much smaller than the “embryos” of galaxies.

But the problem is that in such small volumes of dark matter space there were too few, so that it could have any noticeable effect on this process. Therefore, hydrogen had to form stars under the action of only its own gravity, and for this he had to cool down properly. The cooling process took another 100 million years. By the way, cosmologists are poetically calling this era dark ages.

And then the first stars flashed in the Universe. It has come, as the spiritual experts say, the cosmic dawn. However, this meant that the barely cooled gas began to heat up again, now under the rays of the newborn luminaries. 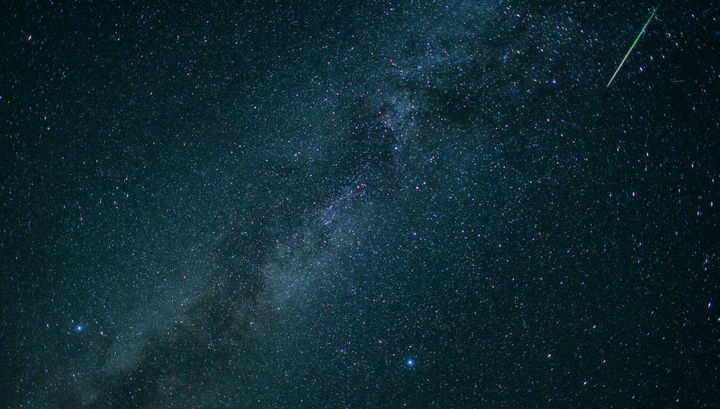 This could stop further compression of giant clouds of hydrogen, which could already be called interstellar, and at the same time slow down the formation of galaxies from them. With this development of events, the process would continue only if the “embryonic” clouds of dark matter (which did not go away and continued to grow slowly) would gain enough mass so that their gravity “defeated” the unruly hot substance and made it squeeze again.

However, everything could be different. If the first stars turned out to be insufficiently effective “heaters”, then the process of formation of galaxies continued as if nothing had happened.

The question is which of the scenarios has been implemented in practice. Frank and his colleagues proposed their own version of the answer, developing a quantitative model of the formation of galaxies in the era of the first stars. At the same time, astronomers relied on the observed properties of modern dwarf galaxies.

However, at great distances it is difficult to study the observational properties of these “cosmic crumbs”. Therefore, scientists confined themselves to the satellites of the Milky Way. By the way, many of them were discovered only recently.

“Ten years ago, the weakest galaxies located near the Milky Way” would have passed below the radar. “As the sensitivity of current and future” censuses “of galaxies increased, a whole new cohort of tiny galaxies came to light, which allowed us to test theoretical models in new regimes,” – explains in a research press release, co-author Sownak Bose, also from Durham University.

According to the calculations, both scenarios described above could be realized, but for different galaxies. Studied star systems, the authors divided into two groups: dim and bright. In the first place, the share of dark matter in the total mass is significantly higher (and the share of hydrogen, respectively, is lower) than in the latter. Therefore, the first cosmic dawn was not prevented from forming, but the latter formed hundreds of millions of years later. As the authors write in their publication, this conclusion depends little on other details of the formation of galaxies.

It is important that the model used allowed us to calculate the age of the “first” and “second” galaxies. As specified in the press release, the age of such stellar systems as Volopas I, Big Dipper I, Tukan II and Seque I in the constellation of Leo is more than 13 billion years (recall that the universe in total about 13.7 billion years). This conclusion automatically puts them in a series of the oldest known star systems.

“Discovering some of the first galaxies that formed in our universe, revolving in their own” backyard “of the Milky Way – is the astronomical equivalent of discovering the remains of the first humans inhabiting the Earth.” This is exciting, “Frank admits.