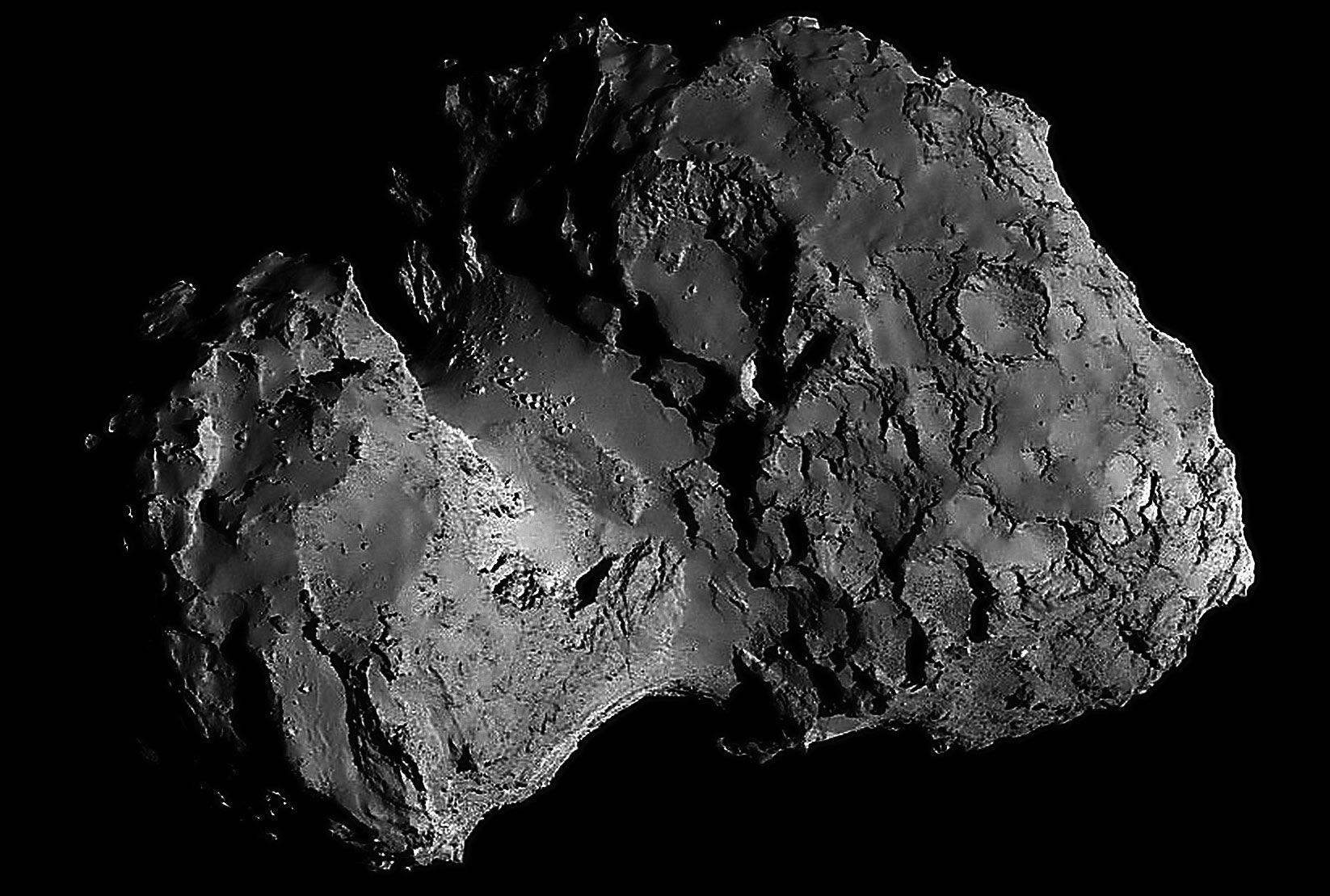 Comets consisting of two parts, such as “Comet Churi” (67P / Churyumov-Gerasimenko), can be formed as a result of a powerful collision of large celestial bodies. Such clashes could occur at the later stages of the existence of our solar system – and this shows that the Chury can be much younger than previously thought. These results were obtained with the help of computer simulation by a team of scientists, including researchers from the University of Bern, Switzerland.

These computer models helped the team understand what happens after two large comet nuclei collide. Calculations showed that most of the material forms a set of relatively small bodies.

These newly formed objects have different sizes and shapes, among them there are many elongated bodies; Some of these secondary bodies consist of two parts, like the comet 67P / Churyumov-Gerasimenko.

In addition, the simulation showed that small fragments of a size close to the size of the Chury comet may not experience strong warming up and fusion in a collision, therefore, a new generation of comets may be rich in volatiles and have a low density – which was found in the case of Comet Churi.

Therefore, this duck-shaped comet could have formed as a result of a powerful collision that occurred relatively late in the history of the solar system, rather than at the dawn of its appearance, believe the members of the research team led by Stephen Schwartz of the University of Arizona, USA.