The scientists said about “the wind” the black hole 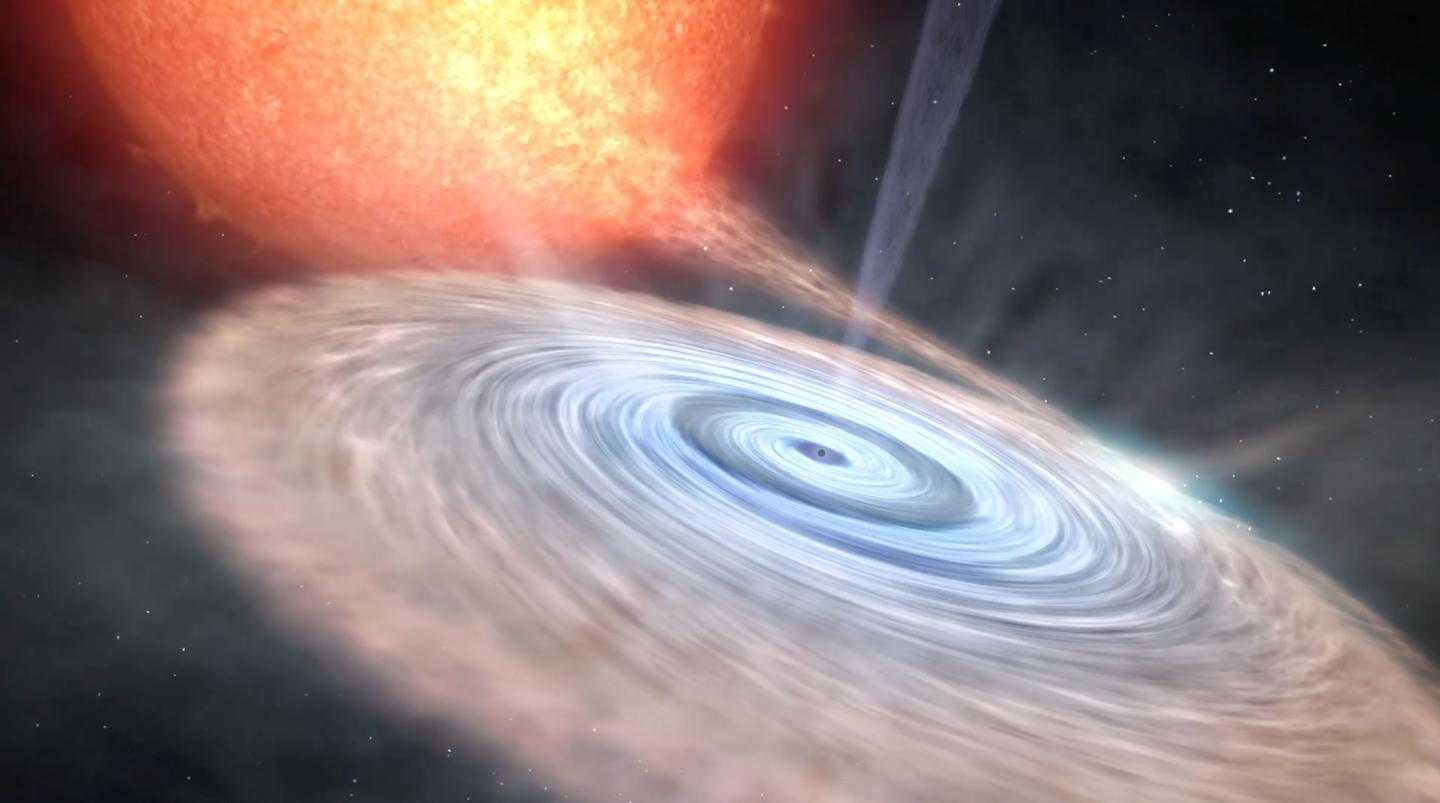 An international team of astrophysicists describe how is heating and cooling of matter that is located around the black hole.

Black holes – a distant and mysterious space objects about which we know very little. They do not radiate, therefore, they cannot be seen from Earth or by space telescopes. Meanwhile, assume the presence of a black hole is possible, exploring the x-ray radiation produced in the surrounding area. The substance located near a black hole, however not yet “failed” in it, it forms so-called accretion disk. It is formed into a kind of funnel, matter heats up and glows brightly across the spectrum.

Now an international team of astrophysicists were able to track how is heating and cooling of matter moving around a black hole. With the help of space telescopes XMM-Newton and NuSTAR, scientists have considered the galaxy IRAS 13224-3809, located in the constellation Centaurus. It is believed that at its center is a supermassive black hole.

Researchers have always assumed that the black hole creates cosmic “wind” affect the matter surrounding it. Now obtained new important data. According to representing California Institute of technology in Pasadena Fiona Harrison (Fiona A. Harrison), were the first to observe the rapid change of the temperature of the vicinity of a black hole.

The impact of non-gas matter, the cosmic “wind” leads to release huge amount of energy into the interstellar medium. Due to this cleared space, which surrounds the center of the galaxy. For the object IRAS 13224-3809 71 speed “wind” reaches thousands of kilometers per second. Scientists believe that their findings will allow you to learn more about the processes occurring in accretion disks.