The “second Earth” closest to us is found 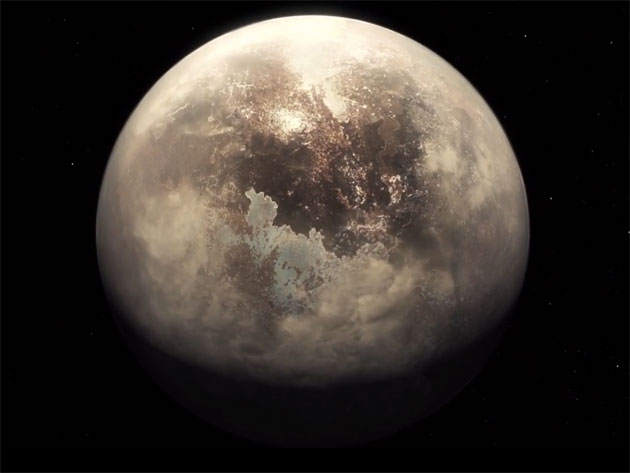 Good news for lovers of astronomy and science fiction: very close to us was discovered the earth-like planet Ross 128 b, which theoretically can act as a new home for Homo sapiens.

As you know, life outside the Earth in our planetary system is not proven. Perhaps no other planet or satellite in the system at all is suitable for the origin of life and its maintenance. It’s no wonder that astronomers from all over the world are studying with such zeal other worlds, located next to neighboring stars.

The role of the “second Earth” is now claimed by the famous Proxima Centauri b, the proof of existence of which was presented in 2016. At a distance of 4.22 light years from us, it is considered to be the closest exoplanet to the Earth. The problem is that on the parent star – the red dwarf of Proxima Centauri – there are powerful flashes that can make conditions on the planet completely unsuitable for the birth of life.

Now, scientists working under the guidance of Xavier Bonfils, with the help of the ESO (European Southern Observatory) HARPS receiver, La Silla Observatories have found the planet Ross 128 b, the mass of which is 1.35 terrestrial. The conditions on the exoplanet are supposedly much more favorable than on the Centaurus Proxima b, because the object rotates around the inactive red dwarf Ross 128. It is a slowly rotating star with weak magnetic activity.

It is a small cold star, whose mass is only 0.16 times the mass of the Sun. The effective temperature of the Ross 128 surface is estimated at 3192 kelvin, which is two times lower than that of our luminary. Now the Sun and this star are separated by eleven light years. Ross 128 is sent to the side of the Earth and, according to the calculations of scientists, in 71 thousand years will be our nearest space “neighbor”. The planet Ross 128 b will be closer to us than Proxima Centauri b, becoming the closest exoplanet.

The authors of the study still prefer to call the object “a planet with a temperate climate”, and not a “potentially inhabited planet”. Perhaps the answer to many questions related to Ross 128 b will help new research.

Recall, recently a very interesting observation was shared by another group of astronomers. Researcher René Heller concluded that the exoplan Kepler-1625b I may not look like a natural satellite in the “classical” sense, but rather a giant planet covered by the ocean. The mass of an object can exceed the mass of the Earth hundreds of times.