The secret of flashes of light in the night sky revealed 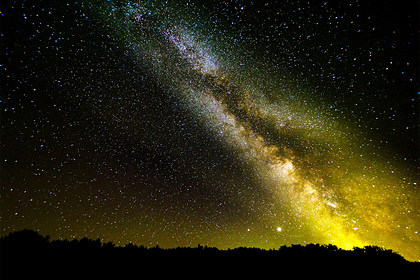 Scientists at the University of North Carolina at Chapel Hill have uncovered the mystery of the origin of flares of light in the night sky, which are very similar to stars in astronomical images. It turned out that this phenomenon is associated with the growing mass of satellites and debris in near-earth orbit. This is reported in an article published in the Astrophysical Journal Letters.

According to new data, orbital flares occur about a thousand times per hour, with about a hundred visible to the naked eye away from city lighting. In astronomical research, reflected light from satellites can lead to false signals when looking for new phenomena in the sky. Studying outbreaks will help make observations more accurate.

For six months, scientists have recorded more than 100 thousand outbreaks. They were observed with the Evryscopes telescopes in California and Chile. The flares are generated by reflected light from non-operational spacecraft, as well as debris, including non-operational satellites, paint fragments, nuts and bolts. To a ground observer, flares can be indistinguishable from “visual snow”, which looks like stationary eye noise.

In some cases, satellites can cause streaking in photographs, which is a separate class of events that needs to be studied.