The secret of the disappearance of meteorites is revealed 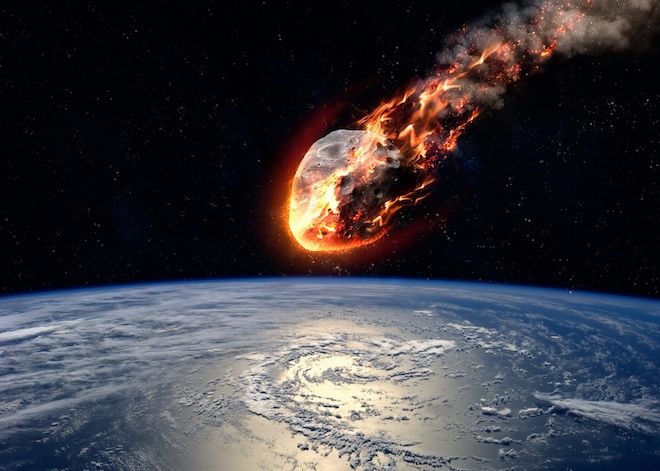 As observations show, the Earth is almost always subjected to “cosmic bombardment.” Usually small fragments of asteroids fly to us, burning in the atmosphere unnoticed for us. Only in rare cases, just a few times a century, does celestial bodies appear large enough to reach the lower layers of the atmosphere.

Such an object was the Chelyabinsk meteorite, which exploded in the Urals sky in the winter of 2013. The consequences of the shock wave were thousands of knocked out windows and more than a hundred injured. Interestingly, 80% of its matter after entering the atmosphere literally evaporated. Jay Melosh of Purdue University in West Lafayette (USA) and his colleagues decided to find out how more than half of the object so quickly disappeared.

Scientists have created a computer model of a meteorite, reflecting the interaction of the matter of the celestial body with the atmosphere of the Earth. As noted by Melosh, their model was more detailed than the previous ones and included parameters that had not previously been taken into account.

Calculations carried out showed that the rate of destruction of a meteorite is affected by the presence of pores and cracks in it combined with different pressures in the surrounding air. Even if there are not a lot of voids, air begins to pour in, as a result of which the cosmic stone loses strength and breaks up into parts that burn out faster than a large whole fragment.